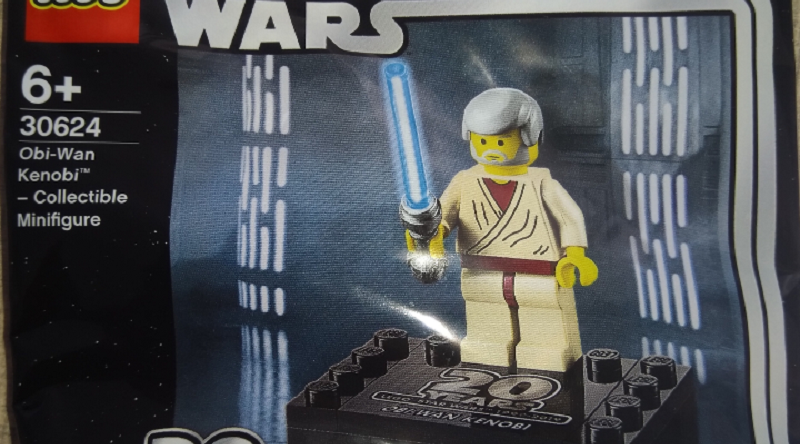 Another special edition LEGO Star Wars 20th Anniversary Edition is on the way, with an image of 30624 Obi-Wan Kenobi – Collectible Minifigure published.

LEGO Star Wars 20th Anniversary Edition 30624 Obi-Wan Kenobi – Collectible Minifigure has been revealed thanks to an image published by Bricklink and spotted by Rebelscum. The polybag minifigure looks to be a recreation of the classic Obi-Wan minifigure from 1999 that was included in 7110 Landspeeder. 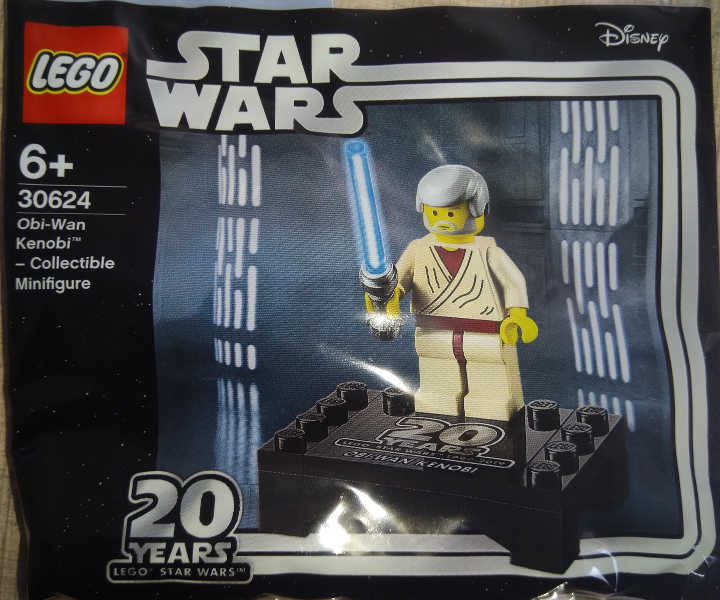 The tile in the little LEGO Star Wars set is almost certainly printed, to match those that came in the 20th Anniversary Edition sets earlier this year. That tile is used to build a stand for the minifigure, intended to be attached to the other stands from the five commemorative sets:

While the polybag can be purchased via Bricklink for an extremely high price, it will almost certainly turn up in a more accessible way alter this year, perhaps as a gift with purchase or VIP reward option.