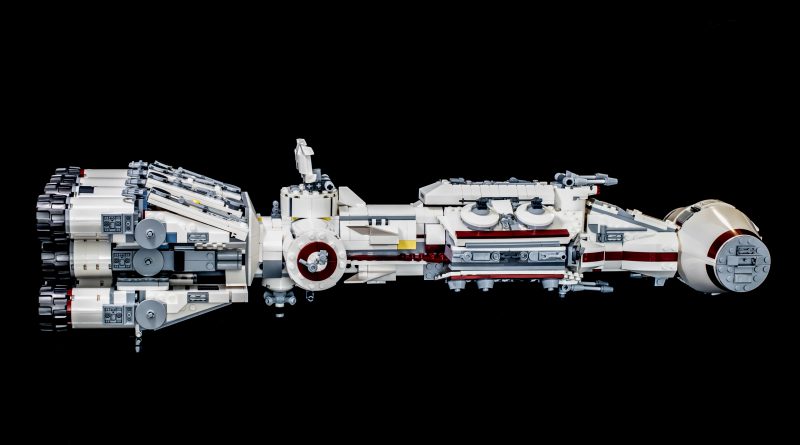 Continuing the LEGO Star Wars 20th anniversary celebrations, 75244 Tantive IV is the most impressive version yet of the classic starship

LEGO Star Wars 75244 Tantive IV puts together an impressive 1,768 pieces to form the famous Rebel blockade runner that is the first vehicle to blast onto the screen in a Star Wars film, going by the order in which they were released. It has not been available as a LEGO set for a decade, making its return welcome for fans who have started their collections since then.  Six minifigures are included in the set – a Rebel Trooper, C-3P0, Princess Leia, Bail Organa and Captain Antilles. The last three mentioned have all been updated for this set. R2-D2 is included too, but whether the little astromech constitutes as minifigure is debatable. 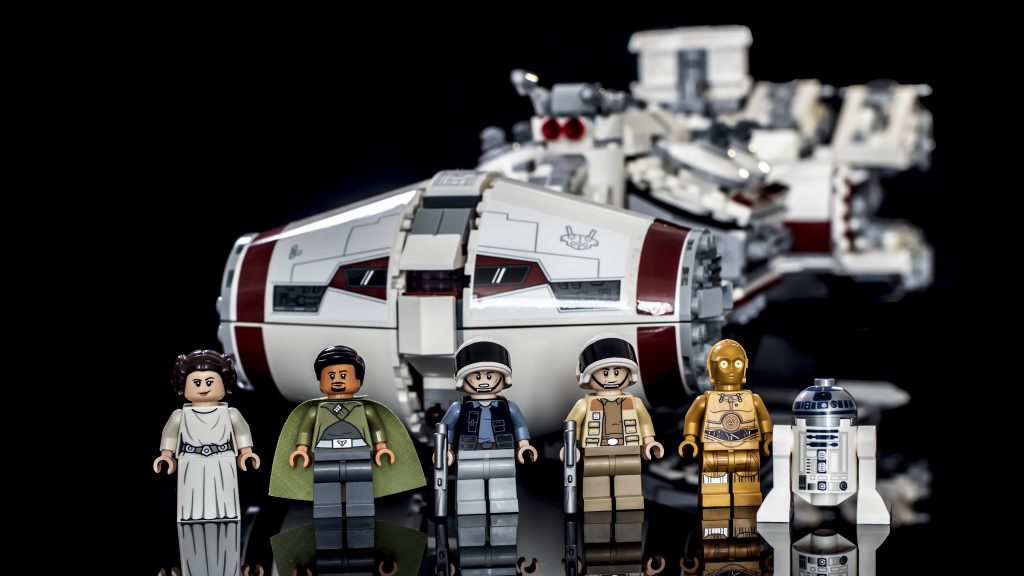 In the opening scene of A New Hope, fans were introduced to C-3P0, R2-D2 and of course Princess Leia, who were all on board the Tantive IV, where cinema’s ultimate villain, Darth Vader, was also introduced.  To say the blockade runner holds a special place for a lot of Star Wars fans is an understatement. The LEGO Group has previously released two versions, 10019 Rebel Blockade Runnerin 2001 and 10198 Tantive IV in 2009. Both of those are incredibly decent recreations of the ship – yet this latest version is by far the best.

The manual includes designer interviews detailing how they brought the ship to life, how they updated the minifigures as well as interesting facts about the on-screen ship. This extra information does an incredible job of setting the tone of the build and the expectations fans can expect from the set as a whole. There was an expectation from some that this would be an Ultimate Collector Series release. Model designer Cesar Carvalhosa Soares explains that they wanted to create a highly detailed play set that older fans would love to build and display, that younger fans would have hours of fun playing with. Sound familiar? Last year’s 75222 Betrayal on Cloud City came under fire for trying to achieve both, but in the eyes of many failed to do so. Has the LEGO Group learned the lessons of the past and managed to produce a set that achieves that balance this time?

The actual build itself is utterly wonderful. The first few stages see the skeletal frame take shape – it is a fairly straight forward Technic structure and experienced fans of the theme will manage to put this together in no time. In the first stages, despite its size, there is something quite satisfying about how it feels in the hand and the construction comes together nicely.

As early as bag three, detailing and greebling is added. The attention to detail, coupled with incredibly ingenious parts usage should be applauded. Ingots, ski poles, binoculars and even minifigure paint rollers are all used and look fantastic. The way the minifigure paint rollers are utilised is particularly clever and looks very effective. I will not go into all of the best parts that are well utilised, so there are plenty of surprises left, suffice to say there were numerous occasions when I had big smile on my face. The best part to all this detailing is that nearly all of it is asymmetrical, so hardly any aspect of the build feels like repetition or a chore.

The only negative to all this greebling is a slight over dependence on the use of the minifigure roller skate. This technique has been used in a few other Star Wars sets released this year and seems to be something of a trend – sometimes it looks excellent, but sometimes it looks like a roller skate stuck onto the side of a spaceship.

If the detailing is a stand out component of this set, the engine design is surely the absolute highlight. Eleven engines, all of which are a joy to put together, with only slight repetition within the build of each. They look fantastic and I can imagine most fans will be holding up the model from the rear to create the unforgettable opening to A New Hope.

One issue, to be slightly critical, is that the neck is perhaps a little on the thin side, but there are so many positives about the finished look of the model that it really is a small niggle.

As a building experience and display piece this set really cannot be faulted, it is a thing of beauty and is huge. Beyond that though, the designers set out to make this a fun play set as well, which is unfortunately where 75244 Tantive IV is much less successful.

Unusually for LEGO Star Wars sets, this is just way too fragile to be played with properly. The fins easily come off, the escape pods feel very flimsy, as do a few of the engines and the two removable top parts feel like they will detach at any minute when handling. It is also very difficult to hold anywhere but the handle, which is easily my least favourite design aspect of the whole set – and it is not particularly robust even when gripping on to that.

Another drawback to the play set angle is that the designers haven’t be able to include any of the most iconic sections of the ship. There is a meeting room, a cockpit and two escape pods, but there is no corridor, which is probably the most iconic portion of the entire ship, and there is no area where Princess Leia can deliver the Death Star plans to R2-D2. The Death Star plans are not even included, which feels like an oversight.

The minifigures do go some way to making up for this thankfully. The Rebel Trooper, given an update for 2019, was also included in the 75237 Tie Fighter Attack, while fans have seen C-3P0 and R2-D2 many times before.

When it comes to the new exclusive minifigures, they are great. Captain Antilles has nice printing on the torso and has two separate facial prints. Fans are given Bail Organa for the first time and although the legs are plain, they flow well into the torso, which has great printing and nice attention to detail. The stand out minifigure is Princess Leia with her new skirt piece, she is an absolute thing of beauty. It is a wonderfully worthy rendition of Leia in her famous white robes from A New Hope and Rogue One. I have added a white hood piece from my parts collection, which works really well for recreating certain scenes.

All of the characters are great and relevant for inclusion, but I can’t help feeling the inclusion of Darth Vader and at least one Stormtrooper would have helped to bolster the play possibilities.

Overall though, readers should not focus on the negatives of this set too much, as when building it really had me smiling from start to finish. While it wasn’t challenging, it is probably one of the best building experiences I have had with a LEGO Star Wars set. It looks absolutely amazing on display and the Princess Leia minifigure is incredibly desirable.

For fans looking for an engaging play experience, this probably is not the right set, but for those looking for a large scale set, that’s incredibly enjoyable to build and want to simply display it proudly on the shelf, then this is definetely worth capturing in your tractor beam.

75244 Tantive IV is available now at shop.lego.com. You can help support Brick Fanatics’ work by using our affiliate links. 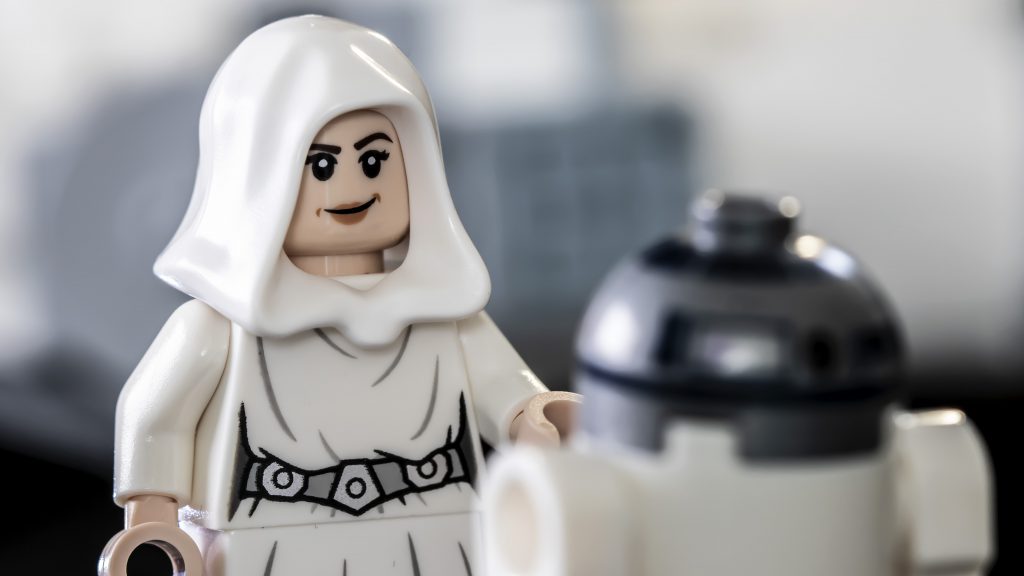