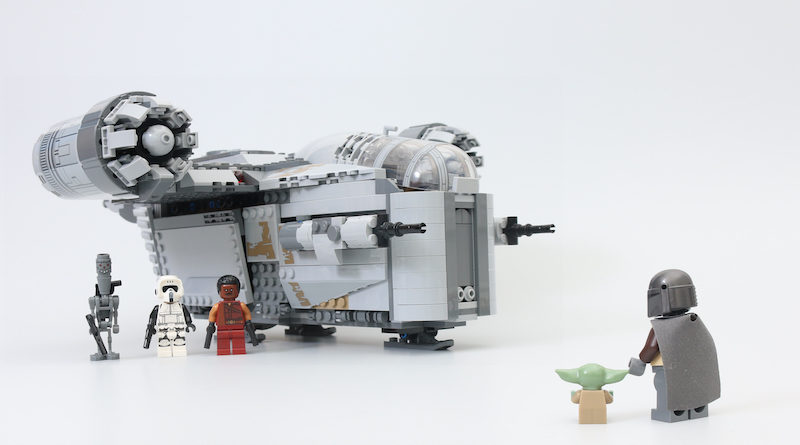 LEGO Star Wars 75292 The Mandalorian Bounty Hunter Transport has returned to LEGO.com after an extended hiatus, and is now once again available to order.

The sought-after set is currently on back order, with the LEGO Group promising to ship all orders by March 9. It’s a rare opportunity to bag the ship formerly known as The Razor Crest, which has been plagued by unavailability through official LEGO channels in the wake of incredibly high demand.

That means it could theoretically disappear again at a moment’s notice, so don’t hang about if it’s high on your wish list. The 1,023-piece rendition of Mando’s ship includes the bounty hunter himself, The Child, Greef Karga, IG-11 and a Scout Trooper.

Given the events of the second season of The Mandalorian, it’s unlikely that the LEGO Group will return to The Razor Crest any time soon, so 75292 The Mandalorian Bounty Hunter Transport may be your only chance to pick it up in bricks.

The LEGO Star Wars ship will now re-enter Brick Fanatics’ Top 20 LEGO Sets List, but as always, it will likely be a very brief stay in our list of the best sets currently available at LEGO.com.