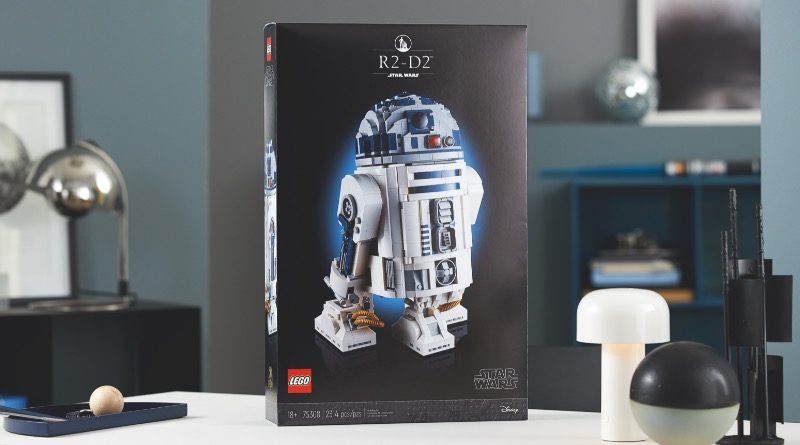 Controversy over what exactly counts as a UCS set and what doesn’t has plagued the LEGO Star Wars fan community for years, and the LEGO Group has sought to correct that on a few occasions – most recently by splitting its direct-to-consumer products into either Ultimate Collector Series or Master Builder Series sets.

The former badge is reserved for vehicles like 75252 Imperial Star Destroyer, while the latter is given to location-based sets like last year’s 75290 Mos Eisley Cantina. A buildable character doesn’t really fit into either of those categories.

Artoo’s omission from the top tier of LEGO Star Wars products is also in line with previous large-scale droids, such as 75187 BB-8 and 75278 D-O. However, neither of those came in at the sheer size (or price point) of 75308 R2-D2 – but they did both carry information plaques, a privilege once restricted to UCS Star Wars sets, but now deployed throughout the LEGO Group’s portfolio.

It’s worth remembering that 2012’s 10225 R2-D2 didn’t carry UCS branding, either, but was referred to in official product copy as an ‘ultimate collector series’ (note the lowercase type) set. We’ve yet to see the full product description for 75308 R2-D2, but the press release makes no mention of the words ‘Ultimate Collector Series’.

Of course, chances are the LEGO Group’s in-house branding means nothing to you, and neither – therefore – will the lack of it on 75308 R2-D2’s box. But for the few specialist collectors out there who only aim to pick up officially-branded UCS sets, it’s worth knowing that – at least for now – the LEGO Group doesn’t classify this astromech droid among them.