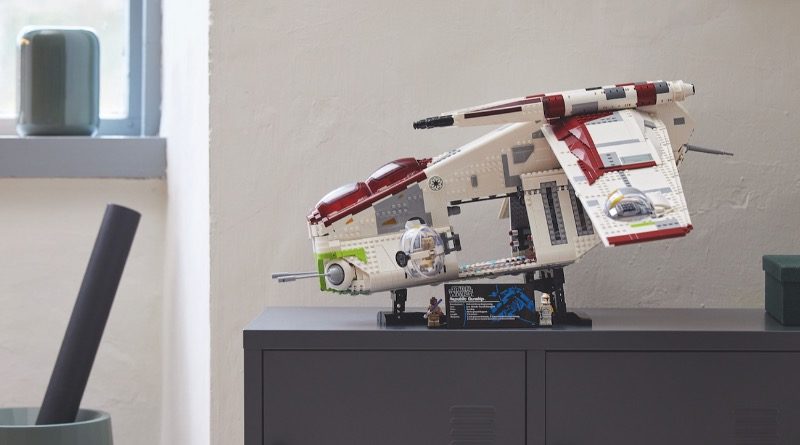 Revealed earlier today, the highly-anticipated 75309 Republic Gunship – which was selected by fans ahead of a possible UCS TIE Bomber or Nebulon-B Frigate in a 2020 Ideas poll – follows the precedent set by most previous Star Wars sets by including both printed pieces and a sticker sheet.

You’ll be pleased to learn, though, that none of the set’s 32 stickers are applied to the Gunship’s cockpits or bubble turrets. In fact, all 10 of the elements used to realise those sections of the set are printed, which represents a record for the number of decorated windscreen pieces in a single LEGO Star Wars set.

That’s a welcome change of pace from the likes of 75275 A-wing Starfighter, which required a very delicate touch to align stickers on its new windshield piece. A second sticker sheet was included there as backup – where 75309 Republic Gunship contains just one sheet – but get it wrong twice, and you were totally out of luck.