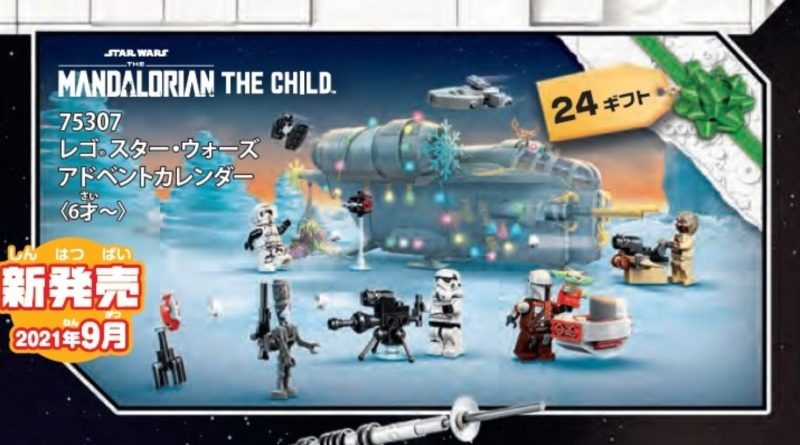 Images from a Japanese LEGO catalogue have confirmed 75307 Star Wars Advent Calendar for this year.

The rumoured LEGO Star Wars Advent Calendar for 2021 will be themed to Star Wars: The Mandalorian. It includes Din Djarin in festive armour, coloured red and white for the reason, along with the Child, a Storm Trooper, a Scout Trooper, a Tusken Raider, and a droid.

Grogu’s floating basket that he travels around in throughout the series has also been given a festive upgrade, with red and white colours replacing the regular grey metal. Miniature versions of spaceships zoom overhead, including Moff Gideon’s Light Cruiser and a TIE fighter, adding extra depth to your Star Wars nativity display.

There are also two brick-built weapons, a Tusken ballista and an Imperial blaster. Clearly, even at Christmas, Din Djarin doesn’t get a break from protecting the Child from various dangers.

This comes as further LEGO Star Wars summer sets for 2021 are revealed in the same catalogue. Star Wars: The Mandolorian is getting the full LEGO treatment, with a range of new builds based on the popular series.

The annual release of LEGO advent calendars usually become available on September 1, but we’ll keep you updated on any further details we get on this and other LEGO Star Wars sets.