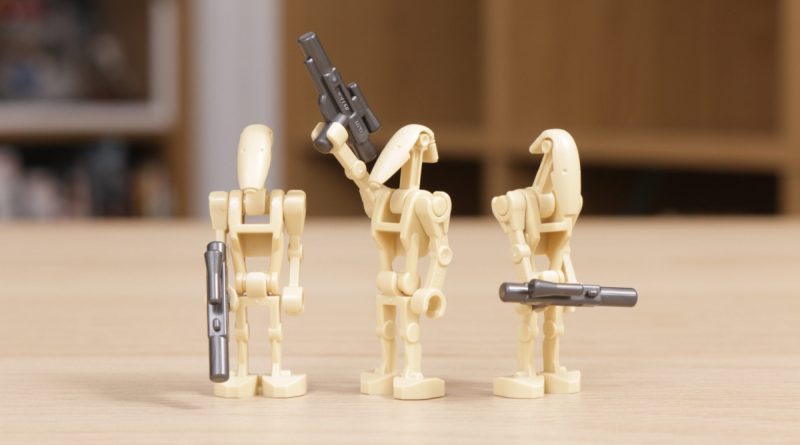 How many Battle Droids would you have if you owned every single LEGO Star Wars set? We’ve done the maths, and the short answer is: a lot.

Bolstered by the arrival of 75337 AT-TE Walker (at least outside the US), anyone with a complete collection of LEGO Star Wars sets to date is going to have a frankly incredible Battle Droid army by this point – and that’s only through owning a single copy of each one, where most of the sets including Battle Droids are clearly geared around amassing multiples.

That’s also despite the fact that 75337 AT-TE Walker, which includes three standard Battle Droids, is the first set to include more than two of the generic army building minifigures since 2015’s 75086 Battle Droid Troop Carrier. (That one includes 12 standard droids and two pilots, for reference.) We’ve had plenty of them over the years, but relatively few in the past half-decade or so.

Still, thanks to the LEGO Group going droid-crazy in the late ‘00s and early ‘10s, anyone boasting a complete collection of LEGO Star Wars sets (or even just prequel trilogy and The Clone Wars sets) will now own a whopping 206 Battle Droid minifigures. That includes a keen assortment of regular Battle Droids, souped-up Super Battle Droids, Destroyer Droids, Battle Droid variants and oddities like Commando Droids.

Here’s a complete breakdown of how many of each Battle Droid minifigure you’d own with one of every LEGO Star Wars set:

To recap: a lot of droids. The majority are standard B1 Battle Droids with one straight arm, introduced in 2007, but you’ll also have a solid supply of the original B1 variants (with traditional megaphone blasters) and various degrees of Security, Commander and Pilot droids. By comparison, Super Battle Droids are few and far between: one of each set will only net you 15 of the pearl dark grey variant, which was last seen in 2015.

Still, with sets like 7654 Droids Battle Pack, 7126 Battle Droid Carrier and 7929 The Battle of Naboo designed to be bought in mass quantities, there’s a good chance the standard LEGO Star Wars fan’s Battle Droid army is even bigger than the list above (even if not quite as comprehensive – how many of us really own one of every set?).

If you’re brand new to LEGO Star Wars and want to start building up your Battle Droid collection from scratch, you could do much worse than starting out with 75337 AT-TE Walker. It’s the single biggest source of Battle Droids available right now, and the rest of the set is pretty great, too.