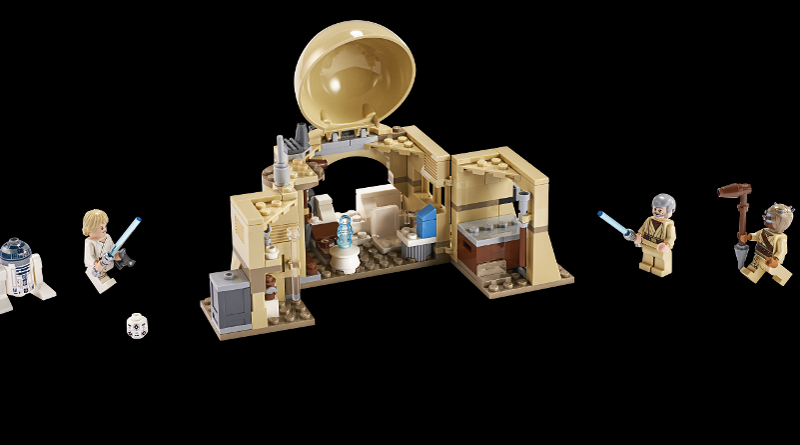 For the very first time, Obi-Wan Kenobi’s hut is coming to the LEGO Star Wars theme next year.

An all-new LEGO Star Wars has been announced for release in 2020, with Obi-Wan Kenobi’s Hut allowing fans to build the strange old hermit’s abode for the first time as an official release, Forbes reports.

Ben’s hut opens up to reveal an interior full of key items like a hologram Leia microfigure, blue milk carton, and training drone. The Landspeeder comes with a small cave for the Jawa to hide in, and stash its weapon.

As for characters, the set includes Old Ben Kenobi, Luke Skywalker, a Tusken Raider and R2-D2.

Luke’s Landspeeder will be released alongside this set, including C-3PO and a Jawa as well as Luke again, so that fans can recreate the full Tatooine drama from A New Hope.

The sets will be on display at San Diego Comic Con later this month and will retail for $29.99 when they are released in January 2020.

While waiting for the new releases, collectors can enjoy a range of new LEGO Star Wars 20th anniversary sets, that feature classic minifigures and special packaging.