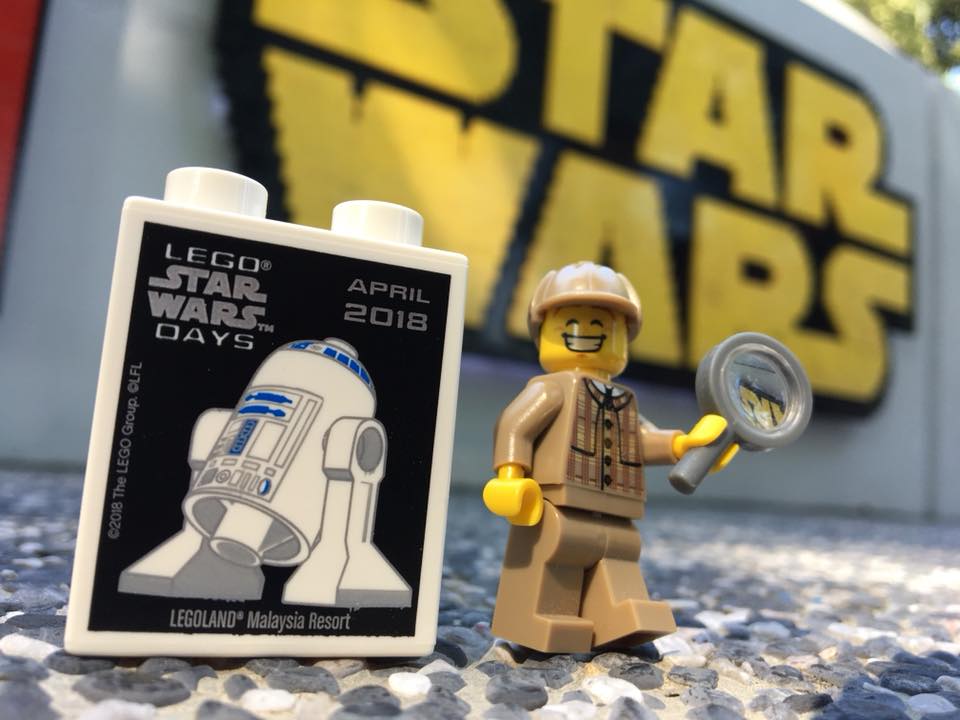 A new promotional LEGO Star Wars brick has been found at the LEGOLAND Malaysia Resort.

As Star Wars month arrives, with the annual May the Fourth celebration and release of Solo: A Star Wars Story, the LEGOLAND Malaysia Resort is offering a host of Force filled activities. Most interesting to LEGO Star Wars collectors is the event exclusive brick, revealed by Brickfinder and highlighted by Rebelscum.

In addition to giving away the exclusive brick, the LEGOLAND Malaysia Resort is hosting the following activities:

JOIN THE LEGO STAR WARS SPEED BUILD CHALLENGE – be the fastest builder and stand a chance to win a LEGO Millennium Falcon!

LEGO FAMILY BUILDING ACTIVITY – bring on the family fun with our LEGO family building activity. Take your pick from the many all-time favourite LEGO Star Wars characters and build away!

CATCH THE INTERGALACTIC PARADE – Be part of the action with costumed Star Wars characters marching and performing during the parade.

WITNESS THE IMPERIAL MARCH – Catch Star Wars fans in their best costumes as they take to the streets of LEGOLAND. Want to take a selfie with them? The meet and greet session will take place in The Beginning, LEGO® Technic, LEGO City & LEGO Star Wars Miniland. Takes place on April 28th only.

To buy tickets to the LEGOLAND Malaysia Resort or book a stay, visit the attraction’s official website.