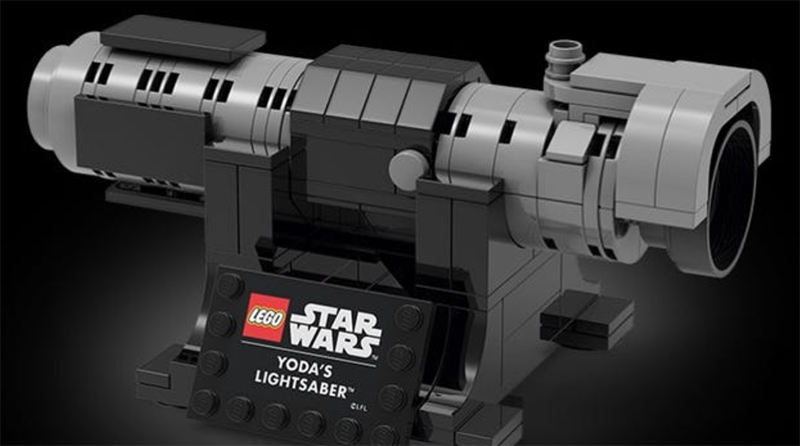 LEGO Star Wars 75290 Mos Eisley Cantina launched last week, with the 3,187 piece set offering the most appealing version of the iconic location yet. Fans were understandably eager to own it, and to get 5006290 Yoda’s Lightsaber for free.

The smaller set was promoted at LEGO.com as free with purchases of 75290 Mos Eisley Cantina for VIPs, encouraging fans to buy the set early and get an exclusive bonus.

Unfortunately, stock of 5006290 Yoda’s Lightsaber ran out quickly – or so it seemed. Timothy Reall told Brick Fanatics on Twitter that he attempted to order 75290 at 8.00am on September 16, but the extra set was unavailable. Yet another UK reader placed an order just after 9.00am and got the freebie.

Steve Coleman was ordering even earlier at 7.30am in the UK, with his order also missing 5006290 Yoda’s Lightsaber. The discrepancy suggests a glitch with the website meant that only some users had the freebie show up.

As for Vincent Hayward, his disappointment was delayed; it seemed he had got the free gift with purchase set when he placed the order, at 11.00am in the Netherlands. Despite not paying for expedited delivery, it turned up the very next day – but without 5006290 Yoda’s Lightsaber. After conversations with LEGO.com customer service, he still isn’t getting the free set.

A fan in Australia ordered the set at 6.30am, but all of the freebies were gone – a LEGO customer service representative promised the gift with purchase set would be added to the order.

It seems that making gift with purchase LEGO sets too limited is only going to frustrate and alienate collectors. A similar problem occured in the USA when 40412 Hagrid & Buckbeak was free with 75978 Diagon Alley, as the set sold out within a few hours.