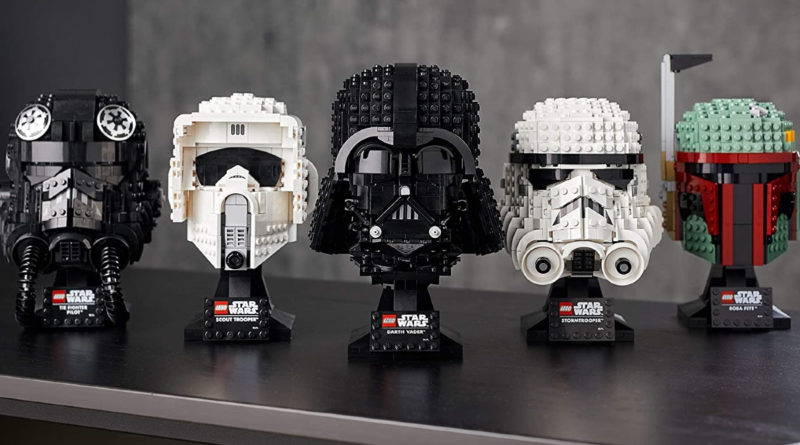 Din Djarin might not be the only new member of the LEGO Star Wars Helmet Collection in 2022 according to a new rumour.

Promobricks are reporting more potential details for LEGO Star Wars 2022 models, this time referring to the ever-expanding Helmet Collection. Previously, another source stated that a build in the subtheme for The Mandalorian would depict the silver helmet of Din Djarin, which Promobricks echoes.

According to the report, a total of three sets are currently in development for the LEGO Star Wars Helmet Collection for release across 2022, though they expect only two to release. Bear in mind that any information presented in this article is only a rumour and should be treated as such until the LEGO Group makes an official announcement.

The rumour states that helmet models for Din Djarin, Luke Skywalker and an AT-AT pilot are all under consideration and being developed to expand the LEGO Star Wars Helmet Collection next year, but also clarifies that only two are expected to release. This is apparently due to the LEGO Group noticing an improvement in sales with smaller waves from the subtheme.

Whilst this information is currently unconfirmed, all three of the source materials would make interesting additions to the range, though an AT-AT helmet may be too similar to 75274 TIE Fighter Pilot Helmet in shape. The Mandalorian model might also face that issue with comparisons being drawn to 75277 Boba Fett Helmet, though the popularity of the streaming series might work in its favour if it is under consideration after all.

Nothing has been confirmed for LEGO Star Wars in 2022 quite yet, so treat all information with caution just in case, as even the rumour states that not all three helmets may become officially released sets.