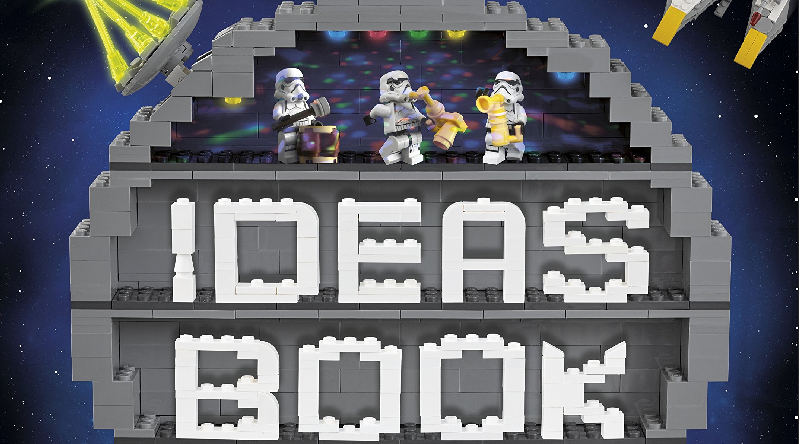 A galaxy far, far away does not have to just be about collecting – it can also be about creativity, as the LEGO Star Wars Ideas Book aims to demonstrate

The LEGO Star Wars Ideas Book is 200 pages of build inspiration for fans who want to go beyond their collection of sets and find new ways of constructing models based on the saga.

One of the things that typifies many fans who have been brought into the world of LEGO building through Star Wars is that they are more often collectors than creatives. They love the movie accurate sets, but perhaps have not yet ventured away from them into the galaxy of free building. This book does a great job at dispelling the myth that LEGO Star Wars only has to mean following the instructions.

What it does so well is illustrate the different ways that LEGO bricks can be interpreted, not always having to be precise physical representations of the on-screen subject matter. The Stack ‘Em Up builds are as simple as it gets, but demonstrate that not every build has to be literal. A minimalist portrait of Darth Vader is a more interesting example and there are plenty of others scattered throughout.

There are of course more traditional micro builds and minifigure scale builds that will be easy for fans to recreate, either thanks to build tips in the book or because the models are fairly clear. It is highlighted throughout though that these are ideas to inspire rather than to be slavishly recreated.

Scale is played with throughout the book, showing that minifigure based builds are not the only way to go. Han Solo’s Electrobinoculars are life-sized and an excellent example of a polished build. Different sized figures depicting key characters are also provided throughout, showing the different styles that can be used to capture the Star Wars icons when experimenting with scale. 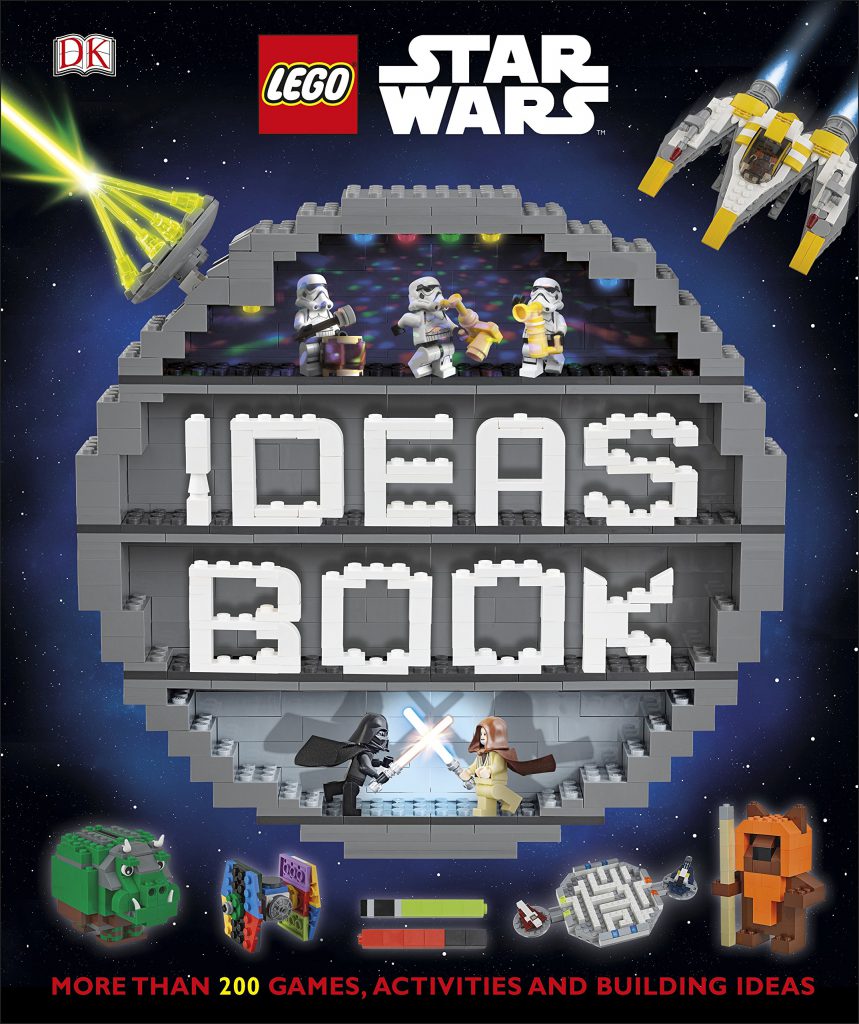 Adding motion to models is an option many fans avoid, but the book illustrates how much that can improve certain scenes, such as when Yoda levitates Luke’s X-wing from the Dagobah swamp. It is this breadth of build types that helps remind the reader that there are many options and niches within the world of LEGO creativity.

The book gets deep into Star Wars lore, with tips on building busts for the Jedi Archives and some of the Naboo underwater beasts. With the hundreds of models included, it is no surprise that the depths of the mythology are mined, and the LEGO Star Wars Ideas Book is all the better for it. Given that the LEGO sets have done all of the main vehicles and locations, this is an appropriate way to go.

Although this release is split into sections, it is unclear how they differ – the Recreate section is clearly about reproducing things seen on screen. In the Expand section, it is partly about going beyond what is seen on screen – the kitchen on Jabba’s Sail Barge is a highlight – yet it also includes plenty of movie accurate models. The Challenge section is the most different, but some of the challenges are a bit loose and it is essentially still pages of build inspiration.

While Ultimate LEGO Star Wars and the LEGO Star Wars Visual Dictionary are the sort of books fans know they want for the reference material, this is one that fans will be pleasantly surprised by. It is a reminder that while the LEGO Group will barely scratch the surface of the galaxy far, far away, all it takes is a bunch of LEGO bricks and some inspiration to go much deeper.

This book was provided for review by DK Books.

The LEGO Star Wars Ideas Book is available now from Amazon. You can help support Brick Fanatics’ work by using our affiliate links.