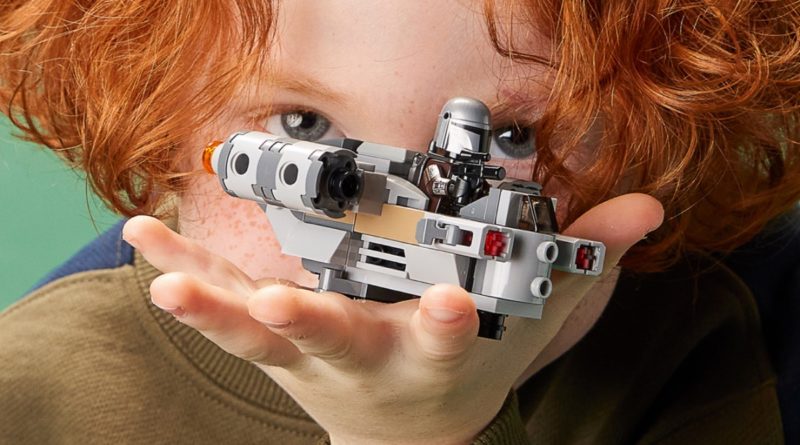 75321 The Razor Crest Microfighter has finally arrived on LEGO.com, confirming when you’ll be able to get your hands on the newest Mandalorian set.

As expected, the third Star Wars set to be revealed for 2022 will launch alongside the other two – 75320 Snowtrooper Battle Pack and 75322 Hoth AT-ST – on January 1. And while battle packs may be going up in price next year, Microfighters are remaining mercifully consistent at £8.99 in the UK and €9.99 in Europe.

The US price for 75321 The Razor Crest Microfighter hasn’t been confirmed yet, but it’s safe to say it’ll be $9.99 based on previous sets and prices in other regions. For your money, you’ll get 98 parts to build a ship that sort of vaguely resembles the Razor Crest from the first two seasons of The Mandalorian, along with a Beskar-armoured version of Din Djarin.

This exact configuration of the bounty hunter has actually only appeared in one previous set, August’s 75319 The Armorer’s Mandalorian Forge, the difference being the addition of his jetpack.

That said, some of the product photos for 75321 The Razor Crest Microfighter actually suggest his torso and legs have a base colour of reddish brown rather than dark brown – and while it’s more likely to be the latter, we could well be looking at a brand new version of Din Djarin. Keep an eye out for our early review of this set for confirmation either way.