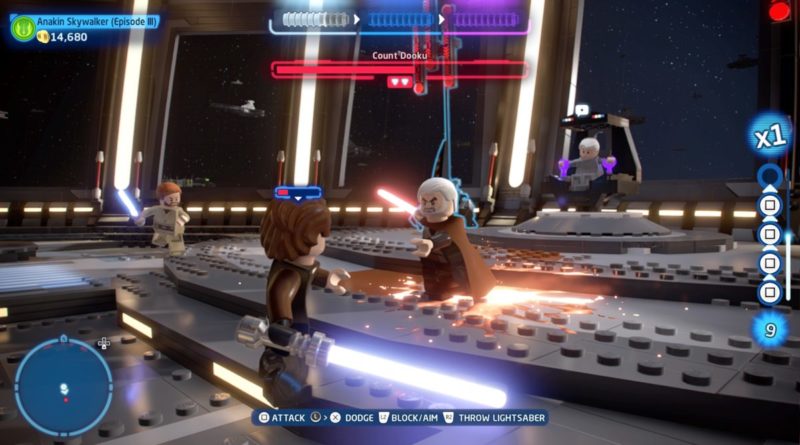 LEGO Star Wars: The Skywalker Saga is doing serious numbers in the UK, coming in as the second-biggest boxed launch of 2022 so far.

According to sales data provided by GSD (and reported by Eurogamer), TT Games’ ambitious sequel has had the second-best launch week of any boxed game in the UK this year, behind only Nintendo’s Pokémon Legends Arceus. And it’s topped the boxed sales chart for the week just gone, beating Kirby and the Forgotten Land, Elden Ring and perpetual bestsellers FIFA 22 and Mario Kart 8 Deluxe.

It also means LEGO Star Wars: The Skywalker Saga has sold more physical copies across launch week than other multiplatform, high-profile 2022 releases like Elden Ring and Ghostwire: Tokyo, as well as tentpole platform exclusives such as Horizon Forbidden West and Gran Turismo 7. There are some caveats to that achievement, though.

First, LEGO Star Wars: The Skywalker Saga has launched on pretty much every major gaming platform possible (mobile devices aside), including PlayStation 4, PlayStation 5, Xbox One, Xbox Series S/X, Nintendo Switch and PC. It also debuted on a Tuesday, giving it more time to build sales over typical Friday releases, and its biggest launch platform was the Switch, where gamers typically favour physical copies over digital.

That still doesn’t diminish the long-delayed game’s performance in the UK sales charts, however, which suggests TT Games is on to a winner here. The proof will be in how well those numbers hold up in the weeks post-launch, but we’ll keep you posted. For now, check out our definitive verdict on LEGO Star Wars: The Skywalker Saga by clicking here.

For more on the latest LEGO video game, head to our dedicated LEGO Star Wars: The Skywalker Saga hub.