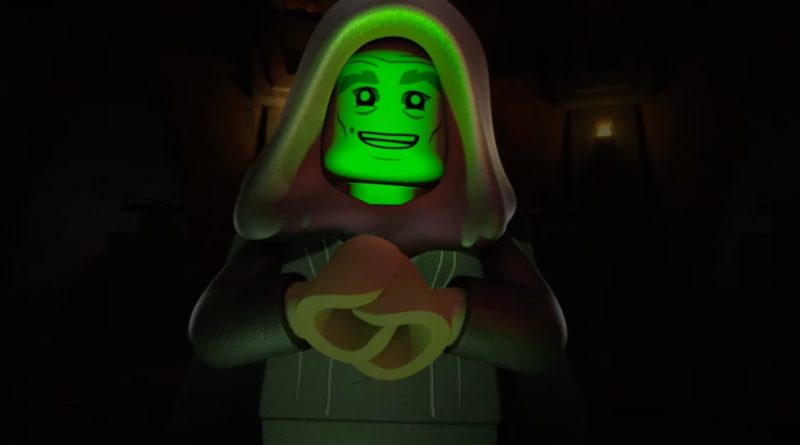 Poe Dameron has a bad feeling in the first trailer for LEGO Star Wars Terrifying Tales, which has just debuted online ahead of next month’s Disney+ premiere.

The Halloween special sees the Resistance pilot and BB-8 arrive at Darth Vader’s castle on Mustafar, which has been transformed into an all-inclusive, Sith-inspired luxury hotel by Graballa the Hutt. They’re joined by Graballa’s mechanic, a ‘plucky and courageous’ boy named Dean, and Vader’s servant, Vaneé, who tells three terrifying tales as the gang journey through the Sith Lord’s lair.

It’s all very reminiscent of The Simpsons’ Treehouse of Horror specials, and in that fashion will play just as fast and loose with characters and established canon as previous LEGO Star Wars animated series and one-offs. The special’s official trailer draws from the entire Skywalker Saga, featuring Luke joining the Empire after wishing on a monkey’s paw (or a Wookiee’s paw?), Kylo Ren being wooed by the Knights of Ren, and a battle droid going full Jack Torrance.

Hit play on the video above to get a better idea of what to expect from LEGO Star Wars Terrifying Tales, which will debut exclusively on Disney+ on October 1. In the meantime, you can catch up on all previous LEGO Star Wars animated content – including last year’s LEGO Star Wars Holiday Special – through Disney’s streaming service.