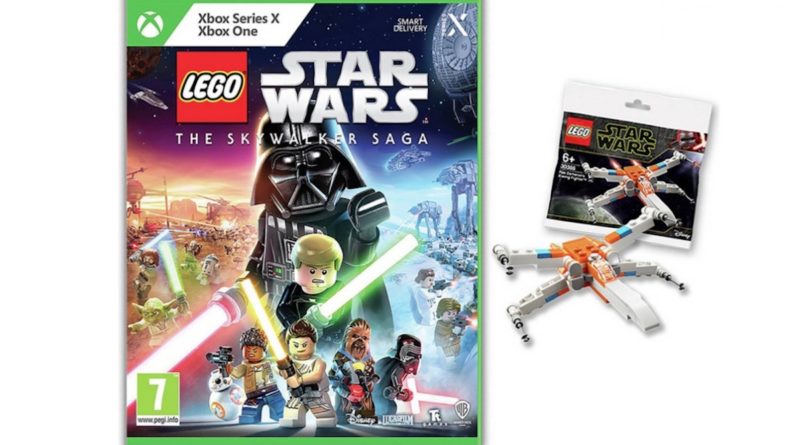 For those of you who have yet to pre-order LEGO Star Wars: The Skywalker Saga, UK retailer Argos is offering its own promotional incentive.

With WB Games recently confirming the DLC roadmap for LEGO Star Wars: The Skywalker Saga, fans should now have a clearer idea of which version of the game to pick up. There are less than four weeks until the TT Games title arrives, so players who haven’t pre-ordered it yet may want to do so soon.

As well as physical and digital Standard and Deluxe Editions of the game, some retailers are offering unique pre-order bonuses. These include GAME’s Han Solo in Carbonite steelbook, Amazon and Walmart’s Classic Character DLC pack and Smyths Toys’ 30384 Snowspeeder polybag.

Now UK retailer Argos has joined this line-up with its own pre-order incentive. Those players who order the game before launch (only the Standard Edition is available) will receive a 30386 Poe Dameron’s X-wing Fighter polybag. This is the exact same pre-order bonus that’s being offered in the US by GameStop, but is only way that UK fans can get the set.

Argos is currently only selling physical copies of LEGO Star Wars: The Skywalker Saga, so players looking to get a digital copy with early access to the Trooper Pack DLC and exclusive Classic Obi-Wan Kenobi character will need to pick up the game elsewhere. Head on over to Argos here to pre-order your copy of the game.

LEGO Star Wars: The Skywalker Saga is due to be launched on April 5. You can find out more about the forthcoming game in our pre-order guide.

Support the work that Brick Fanatics does by purchasing your copy of LEGO Star Wars: The Skywalker Saga from Argos using our affiliate link.