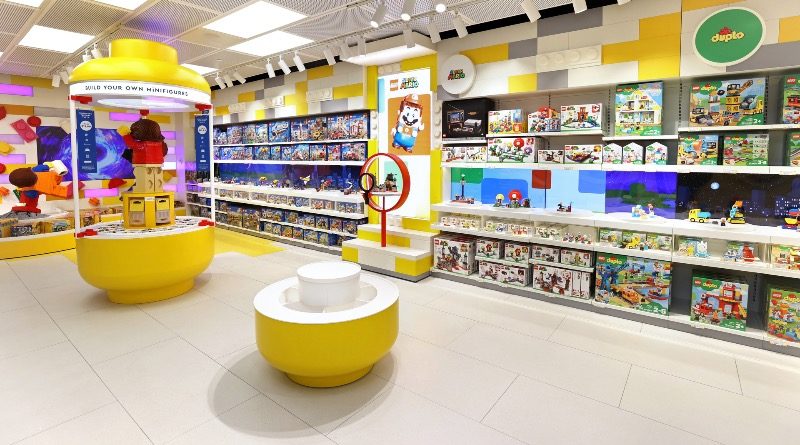 Your local LEGO Store could be among the more than 100 retail outlets worldwide about to enjoy a major makeover for 2021.

The LEGO Group has today unveiled a medley of brand new shopping experiences in New York City’s flagship store, including an interactive Brick Lab, a Storytelling Table that shows off prototype designs and the Tree of Discovery, which celebrates inclusivity and represents the LEGO Group’s sustainability ambitions.

Those unique experiences won’t remain exclusive to the New York City location for long, however, as the company has designed the brand new two-storey brick-and-mortar store on Fifth Ave to be fully scalable, and completely modular.

That means it can take as much or as little of that store as it needs to and inject it into existing LEGO Stores all over the world – whether they’re multi-floor flagships, like in Leicester Square, or single-storey outlets in shopping centres and malls. So while you might not see every facet of the New York experience popping up in every LEGO Store, you could at least see certain elements of it.

At the moment, the LEGO Group says it’s planning to bring these new retail innovations to ‘more than 100’ of its 731 LEGO Stores across the world – so while there’s no guarantee that your local store will be on the list, the odds aren’t terrible, either.

For a closer look at those experiences in action, take a virtual tour of the New York City flagship store. It’s set to open its doors from tomorrow, June 25, at 11am ET.