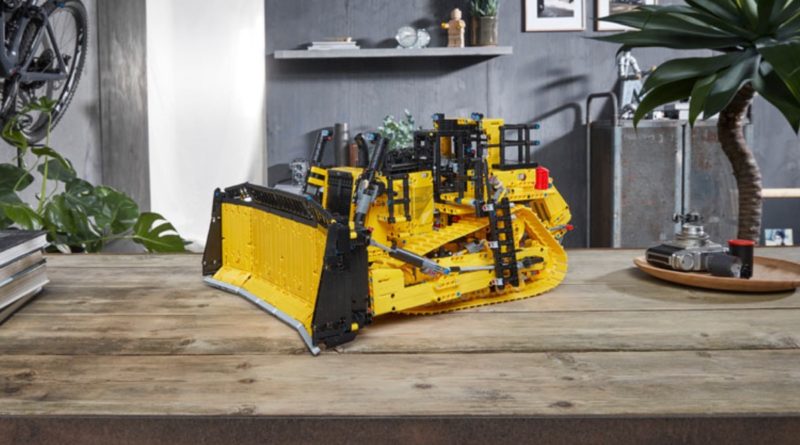 The official online LEGO store is now home to a new Technic Bulldozer set, one that features all the functions of the real construction vehicle.

Whether you’ve got a pile of bricks that you’ve yet to move or just a bulldozer-shaped hole in your collection, the new Technic 42131 App-Controlled Cat D11 Bulldozer is now available as the most expensive set in the theme yet.

Featuring every motorised function of the real deal, and a complex build too, the huge Technic model is unlike other previous creations from the theme. The moving elements of 42131 App-Controlled Cat D11 Bulldozer aren’t just limited to going forwards, backwards, steering and operating the equipment, but the new tread pieces can be adjusted depending on the terrain.

The interior details of the Technic set include an intricate engine and driving cab, with working LEGO pistons that can be found by opening a door – allowing you to hide the builds when on display.

By using the CONTROL+ hub element, 42131 App-Controlled Cat D11 Bulldozer can also be controlled using the titular app, which contains several challenges and achievements to complete and unlock.

LEGO Technic 42131 App-Controlled Cat D11 Bulldozer is available now for £419.99 / $449.99 / €449.99 as the latest addition to the LEGO for Adults range, offering a suitably complex model for the high price – which will net VIP members a free Rebuild the World Flying Car set when purchased between October 18 and October 24.