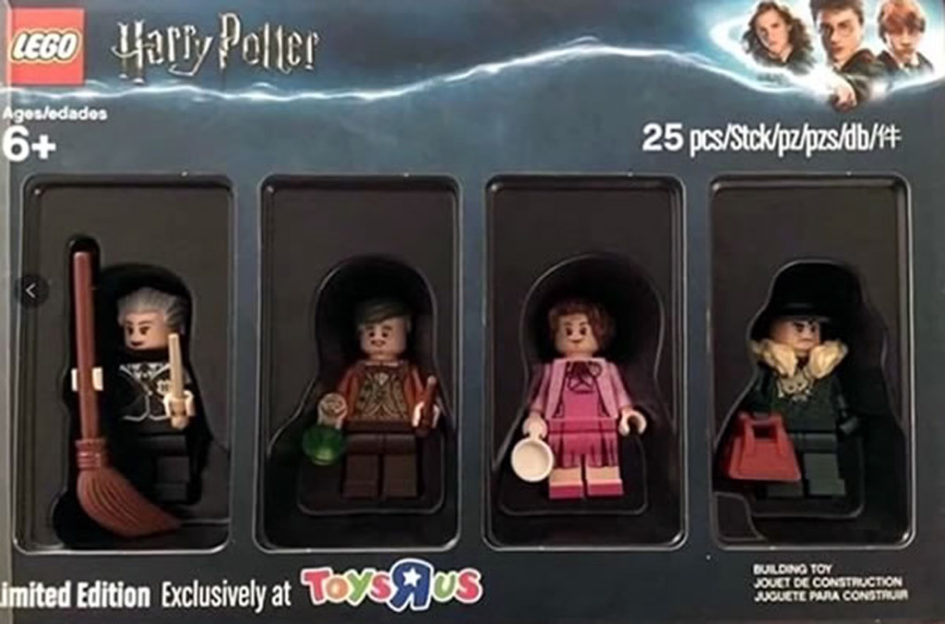 Images of this year’s LEGO Bricktober minifigure box sets have been shared online.

For the past few years, the LEGO Group has teamed up with Toys R Us to offer the bizarrely named ‘Bricktober’ promotion. Typically, fans can get free with purchase – or more commonly buy at an unreasonably inflated price – a box set of four minifigures during the month of October, or a different month. It turns out that new sets had been planned for this year, with Zusammengebaut sharing images.

As well as LEGO Marvel Super Heroes and LEGO NINJAGO, there is a LEGO Harry Potter set that will continue to add to the theme’s impressive minifigure line-up.

The fate of these sets is unknown – other sets that would have been Toys R Us exclusives are going elsewhere in the UK. Whether these will also be sold by independent retailers, or another chain, or are simply dumped at a clearance house is currently unknown. Countries in which Toys R Us continues to operate may still get the sets.