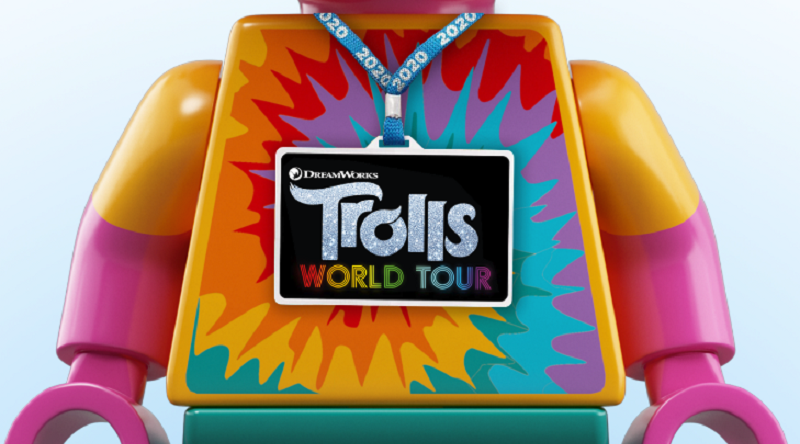 On social media, the LEGO Group has announced LEGO Trolls World Tour using a minifigure body with the printed logo.

Trolls was a line of dolls with wild hair, originally launched in 1959. It has been a mainstay on the toy aisles since, popping up for a boost in popularity every couple of years. An animated film released in 2016 brought the characters to CG life with musical numbers and performances by the likes of Justin Timberlake. 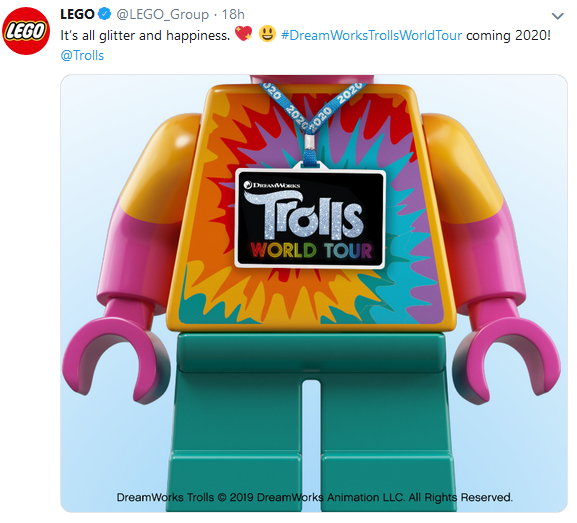 Trolls World Tour will be the sequel to the film, due for release on March 20, 2020. It seems that a LEGO theme will be based on the new movie after the LEGO Group tweeted out this image of a minifigure. How will the amazing Troll hair be replicated in LEGO form? Will it be a solid plastic piece or the trademark “feel” hair?

In all likelihood, the theme will launch early in 2020 ahead of the new animated feature.