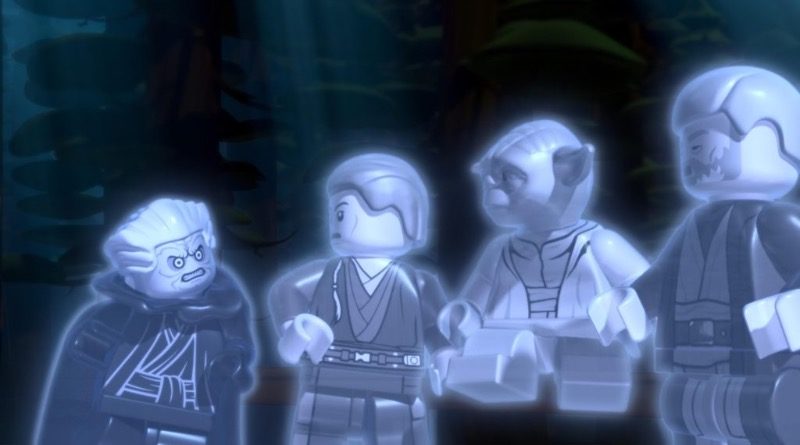 For more than two decades, the LEGO Group has deprived us of trans-blue versions of Obi-Wan Kenobi, Yoda, Anakin Skywalker and now – with the advent of the sequel trilogy – even Luke Skywalker. Their absence has traditionally been chalked up to the overwhelming friction caused by connecting transparent minifigure parts – but that could be about to change.

Among LEGO VIDIYO’s summer releases is 43111 Candy Castle Stage, one of five new brick-built venues for the theme’s virtual music videos. And contained in that set is what may be the first ever example of a pair of translucent minifigure legs (sorry, Mephisto) – possibly hinting that the LEGO Group has managed to overcome the issues with its transparent plastic.

Okay, so the Blue-beary Guitarist’s hips are a solid colour, which means his individual trans-blue legs technically don’t connect to one another. But that’s still a potential solution that would work for any eventual Force Ghost minifigure, and we’ve already seen trans-blue arms and a trans-blue head in (to name one example) Marvel’s 76014 Spider-Trike vs. Electro.

There’s another factor to consider here, too, as the LEGO Group has recently changed the formula for its transparent elements (most obviously seen in comparing new and old lightsaber blades, with more recent versions looking much cloudier).

The question now is: does the new material allow for cleaner connections between individual minifigure elements to a degree that satisfies the LEGO Group’s standards? We’ll find out for sure if and when the LEGO Star Wars team finally comes through with a Force Ghost minifigure, but for now, we’re at least two trans-blue legs closer to that reality with LEGO VIDIYO.

43111 Candy Castle Stage will launch alongside the rest of this summer’s VIDIYO sets on June 1. For more ways to improve the LEGO Star Wars theme beyond just Force Ghost minifigures, click here.