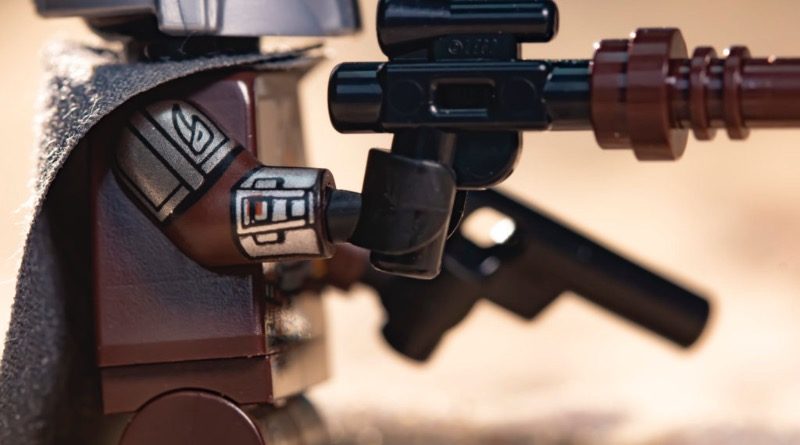 At the moment, only a handful of LEGO Star Wars characters are given the honour of arm printing, with the rest left to suffer undecorated upper limbs. Sometimes, it’s just a matter of waiting things out – the first version of Mando in 75292 The Mandalorian Bounty Hunter Transport has plain arms, but the Beskar armour version introduced in 75299 Trouble on Tatooine features printed arms.

But that’s clearly not always a solid strategy, because we’re still waiting on printed Clone Trooper arms more than two decades since the soldiers were first introduced. The Clone Trooper Commander in 75309 Republic Gunship has solid yellow arms, while the on-screen troopers actually have yellow highlights on otherwise white-armoured arms.

And if we can’t get arm printing in a £329.99 / $349.99 / €349.99 set, when will we? Possibly never – at least according to the LEGO Star Wars design team. Speaking to Brick Fanatics and other LEGO Fan Media during a roundtable session for 75309 Republic Gunship, the designers explained when and why they choose to include arm printing, and how applying it to every single minifigure isn’t the end goal.

“We’re always looking into if it really adds value to the given minifigure, because it adds cost, so we want to add it where it really makes sense,” says LEGO Star Wars Creative Lead Jens Kronvold Frederiken. “You’ll probably never see all minifigures with arm printing. We do it where it might make sense; if there are some striking details or something where it’s really worth adding it.”

“Yeah, arm printing was really introduced as something special,” adds 75309 Republic Gunship designer Hans Burkhard Schlömer. “We put it on minifigures where we feel this is really important to have something as a little bonus. But you know how it is, soon everybody starts crying, ‘We want arm prints everywhere!’ And we just can’t do that.”

For at least a couple more LEGO Star Wars minifigures with arm printing, look to this summer’s 75312 Boba Fett’s Starship and 75315 Imperial Light Cruiser. Both of those sets will launch worldwide on August 1, alongside 75309 Republic Gunship.