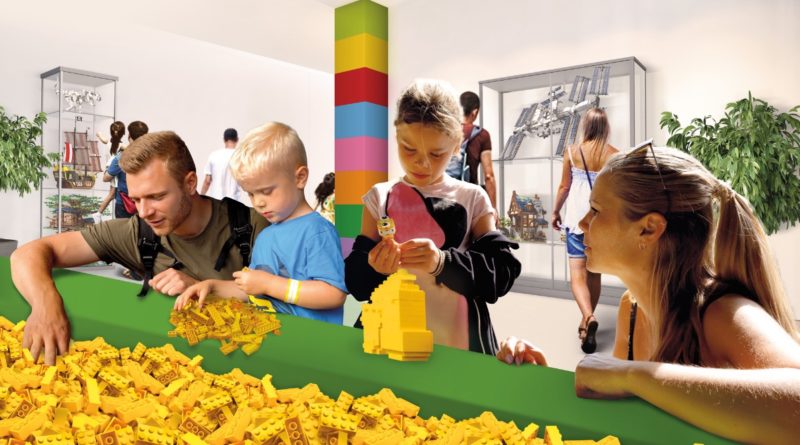 LEGOLAND Billund is set to grow by more than 10 million LEGO bricks next year, when the park reopens for the 2022 season with six new attractions.

Each of the new experiences will involve guests getting hands-on with bricks, either freely or as part of guided workshops from LEGOLAND staff members. According to the press release for the new attractions, they’ll represent ‘a scale and scope that guests cannot build at home’, giving us one more reason to visit the home of the brick.

“At LEGOLAND, we have been providing inspiration and new ways for our guests to use the LEGO brick for more than 50 years, where the only limit is their imagination,” says Christian Woller, CEO of LEGOLAND. “We’re really looking forward to being able to use the LEGO brick in even more ways with our guests moving forward, and hopefully we can also learn a lot from each other.”

Among the six new attractions will be the LEGOLAND Gallery, which sounds like it’s taking its cues from LEGO House’s Masterpiece Gallery in showcasing builds from LEGO fans. While the top floor of the LEGO House is very much look-but-don’t-touch, however (its experience zones are where you can get hands-on), the LEGOLAND Gallery will involve building your own models.

“The LEGOLAND Gallery will be something very special, and we’re really looking forward to its opening at LEGOLAND in 2022,” says Woller. “We will be exhibiting some impressive and exciting models from the most talented LEGO fans, but the idea is also to give guests a chance to unleash their creativity and build their own creations.”

You’ll also be able to develop your building skills at the Creative Workshop, where LEGOLAND staff will teach new building techniques to guests of all ages, while the youngest builders will be able to get involved with DUPLO Fun at Hotel LEGOLAND.

The press release for the expansion states that there are eight new experiences for 2022, but two of them – Rebuild the World and the Monster Wall – actually opened earlier this year. The other genuinely-new-for-2022 attractions include the Great LEGO Reef, an indoor experience that will give the impression that you’re building underwater, and two build-a-boat activities, which will allow guests to construct boats to race down an outdoor canal.

Finally, Miniland’s Germany area and Mini Boats attraction will both be getting significant upgrades, with the latter enjoying enormous sculptures of the Statue of Liberty, Taj Mahal, Sphinx, Colosseum and more to sail past. The new attractions – which represent the biggest single addition of LEGO bricks to the park since 1968 – will be ready for when LEGOLAND Billund opens for the 2022 season on April 2.