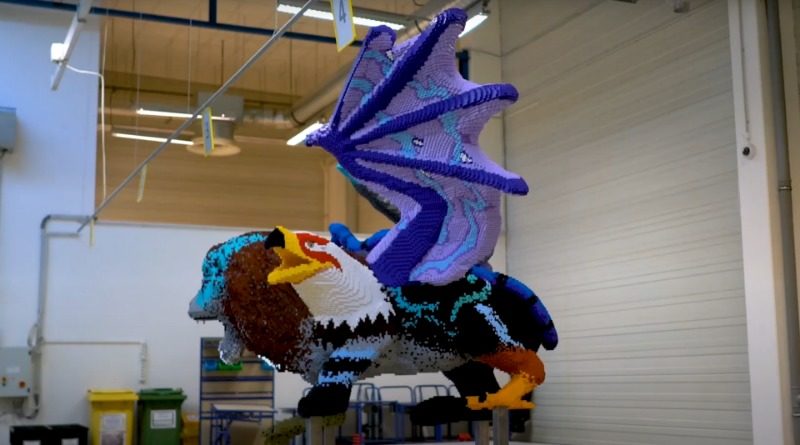 LEGOLAND Windsor has unveiled the first of 13 LEGO models that will populate its brand new LEGO MYTHICA: World of Mythical Creatures land.

It’s the first clue of what we can expect from LEGOLAND Windsor’s new resort (beyond its logo) when it opens in spring 2021. MYTHICA: World of Mythical Creatures is the single biggest investment in the park since it opened its doors 25 years ago, and is set to feature several new attractions – including a UK first.

“It’s been an amazing experience to watch the team build such a diverse set of large-scale LEGO models which have been inspired by the imaginations of children,” said Marianne McGoldrick, Marketing Director at the LEGOLAND Windsor Resort. “Each mythical character is so unique and like nothing else we’ve ever featured at LEGOLAND Windsor before.

“It takes our model makers many hours to intricately turn thousands of different sized and coloured LEGO bricks into these incredible models, and we can’t wait for families to meet the Chimera and learn more about its role in the story of LEGO MYTHICA when the land opens later this year.”

You’ve still got a few days left to enter LEGOLAND Windsor’s contest to design a 14th creature for MYTHICA: World of Mythical Creatures. Builders aged between two and 16 years old can take part, with a huge prize package on offer. Click here for all the details.