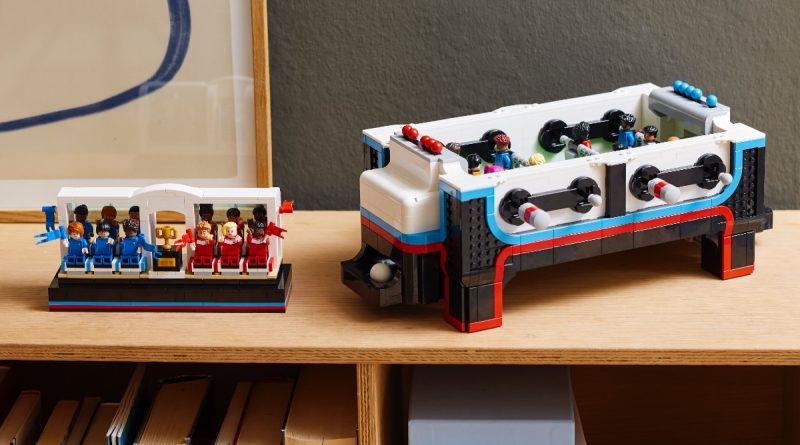 For those who can’t get to Paris for the main launch event for LEGO Ideas 21337 Table Football, a similar outing has been confirmed for the UK.

Being held at the Leicester Square flagship store in London, the event ties in with the new For The Joy of Play marketing campaign that debuts alongside 21337 Table Football. The store will be hosting this event on November 5 and 6, following the initial release of 21337 Table Football.

Unfortunately, this event isn’t likely to feature a guest appearance by Thierry Henry, though it has been confirmed to include football-based games, a scavenger hunt, a chance to try out 21337 Table Football and the opportunity to build a trophy.

The Leicester Square store, and other flagship locations frequently hold launch events for such sets, though it’s usually on the day of release, not the first weekend after. However, the activities best suit a younger audience, possibly explaining why it was saved for the weekend.