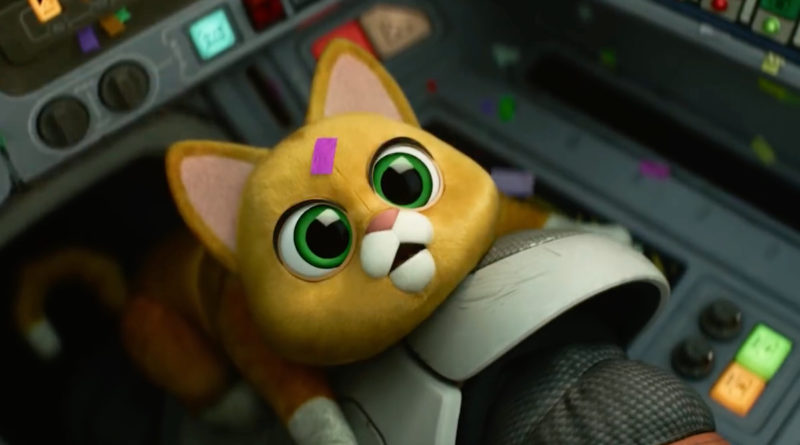 Lightyear is the latest movie from Pixar, placing the beloved Toy Story character in a more ‘realistic’ setting. It’s being pitched as the movie that inspired Andy’s love of Buzz in the original Toy Story, reimagining old characters and introducing new ones.

One of these new characters is Sox, a robotic cat that accompanies Buzz on his travels. Initial reactions to the film indicate Sox is something of a scene-stealer, and – like Star Wars’ BB-8 and the Porgs before him – destined to receive plenty of merchandise.

That’s a sentiment Angus MacLane – who directed the Lightyear movie – seems on board with. He’s recently posted a large-scale, fan-made LEGO model of Sox, and encouraged fans to retweet it to show their interest in an official product.

This isn’t the first time Angus has shown his passion for LEGO. He’s responsible for designing a fan model of Pixar robot WALL-E, which eventually made it onto shelves as an official LEGO Ideas product. His ship designs for the Lightyear movie were also (at least in part) inspired by his love of the Classic Space LEGO sets.

To be fair, we do already have a LEGO Sox at the moment. Three LEGO sets inspired by the movie (76830 Zyclops Chase, 76831 Zurg Battle and 76832 XL-15 Spaceship) appeared earlier this year, offering a minifigure-scale Sox and other characters. However, as our article on the Lightyear’s sets’ notable features made clear, there’s room for improvement in the LEGO design.

There’s a chance that a Sox set of this ilk could become a reality. That’s because there’s actually some precedent for a set like this. Models like 43186 Bruni the Salamander Buildable Character (inspired by Frozen 2) offered large-scale, brick-built versions of beloved characters. As such, if your Sox fandom is strong, you might want to hit that retweet button.

Lightyear and its accompanying LEGO sets are currently available to all Disney and LEGO fans. The movie will eventually make its appearance on the Disney+ streaming service as well.