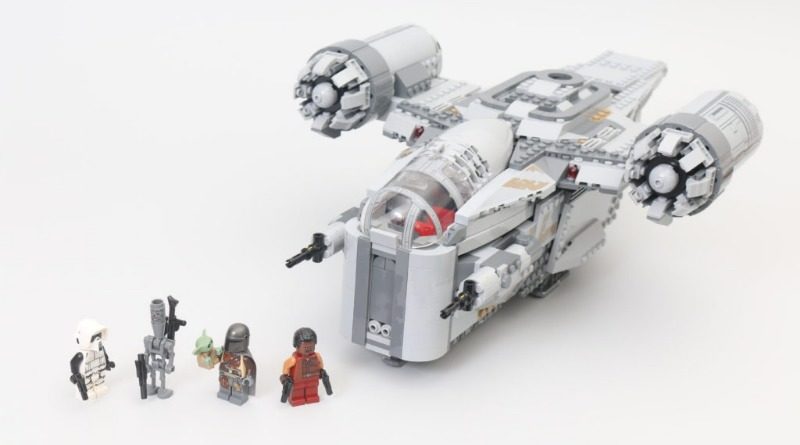 Lucasfilm has reportedly reclaimed the trademark rights to ‘The Razor Crest’, allowing the LEGO Group to revert Star Wars 75292 The Mandalorian Bounty Hunter Transport to its original name.

When the Mandalorian-themed set was first announced back in February 2020, it carried the moniker 75292 The Razor Crest. But just before it hit shelves in September last year, the LEGO Group rebranded it as the far more generic 75292 The Mandalorian Bounty Hunter Transport.

The reason seemingly lay in a trademark dispute: Michael Gaßmann, the owner of LEGO-compatible toy Modbrix, had trademarked ‘Razor Crest’ across Europe on January 24, 2020. That was after the first season of The Mandalorian had aired in the US, but before it arrived with Disney+ in Europe in March.

Lucasfilm Ltd. subsequently filed its own application for the trademark, which has now proven successful, StoneWars reports. That means ‘Razor Crest’ now belongs to Disney, not Modbrix – and while there’s no public documentation on how or why the application was granted, Gaßmann’s registration was originally thought to be in ‘bad faith’ given The Mandalorian had already aired in at least one territory.

According to the information that is publicly available, however, Gaßmann has agreed: “…not to register or use any similar trademarks or to induce third parties to do so. In particular, he will refrain from claiming ‘Razor Crest’ in the manner mentioned.”

Modbrix’s own version of the Razor Crest – which was originally taken without licence, though an agreement was eventually reached with its creator YCBricks – has been unavailable for a while, and will likely remain so under the terms of the agreement.

Now that the ship’s in-universe name belongs to Disney and Lucasfilm once again, the LEGO Group could theoretically choose to revert 75292 The Mandalorian Bounty Hunter Transport back to its original name. It seems unlikely that it would do so this far into the production cycle, though, with all the admin that it would entail – from updating retailers and databases to printing new boxes.

But you never know, so keep an eye out for newer versions of 75292 The Mandalorian Bounty Hunter Transport going forward (whenever it eventually comes back in stock at LEGO.com, that is). If the name does change, collectors may want to snap up both the original and new versions for the sake of completeness, and to hedge their bets against aftermarket prices rising for either variant.