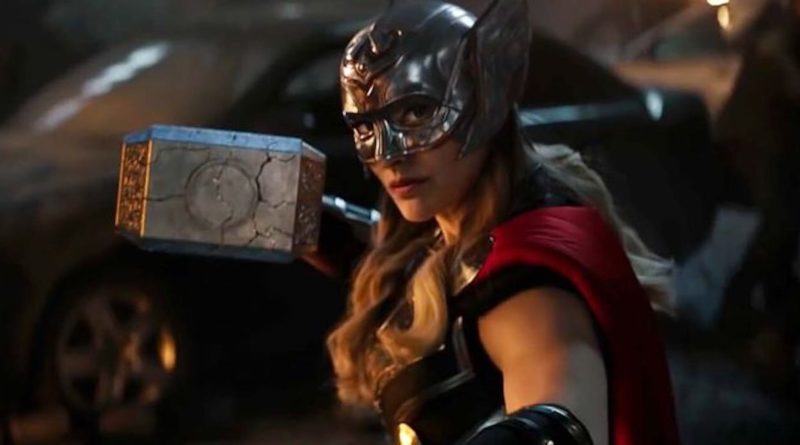 The first official clip from the upcoming Marvel Studios movie Thor: Love and Thunder has been revealed, including the debut of the Mighty Thor.

With just over a month to go until Thor: Love and Thunder is released in cinemas worldwide, excitement and anticipation continue to build for the next entry in the MCU. So far we’ve had a short teaser, a full trailer and various images released that are slowly forming a picture of what we can expect from the fourth Thor movie.

Now the first official clip for the film has been released, premiering during the MTV Movie & TV Awards. Although only brief, the footage sees Thor almost reunited with Mjolnir until the legendary hammer flies into the hands of former flame Jane Foster, now known as the Mighty Thor.

Thor: Love and Thunder is due to arrive on July 8 and is the next Marvel Cinematic Universe outing following Doctor Strange in the Multiverse of Madness, which will be available on Disney+ from June 22. Comic book fans can also look forward to the first season of Ms. Marvel debuting on Disney+ on June 8, which should tide them over until the Odinson’s latest adventure hits the big screen.

So far only two LEGO Thor: Love and Thunder sets have been released, with both 76208 The Goat Boat and 76207 Attack on New Asgard available now. It’s not yet known if more will be are currently planned, but Marvel will certainly be one of the big themes featured at the upcoming LEGO CON event on June 18.