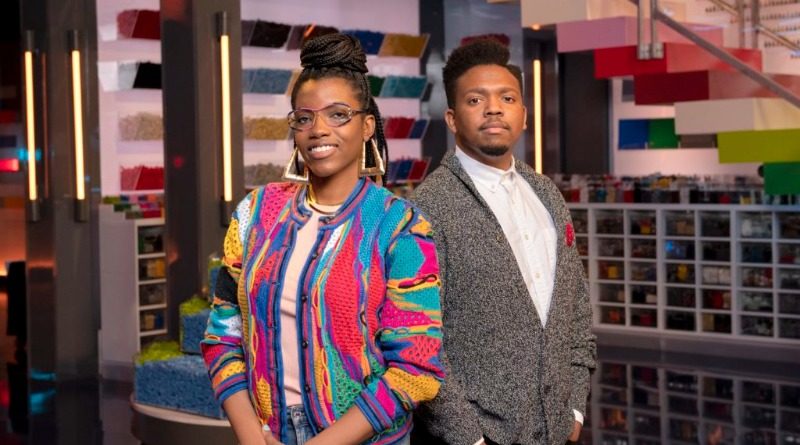 Meet Randall and Syreeta, a pair of friends who are about to bring their ‘full selves’ to the build room for LEGO MASTERS USA Season 2.

LEGO MASTERS Season 2 is nearly here, with the first episode airing on Tuesday June 1 at 8pm ET / 9pm PT on FOX. Fans of the show will know that that we can expect to see the building pairs compete in LEGO challenges, battling it out to win a $100,000 cash prize, the ultimate LEGO trophy, and the grand title of LEGO MASTERS.

In 2020, we saw 20 contestants compete but this year two extra pairs are joining the set, giving us four more LEGO fans to get to know. We’ve already had a brief breakdown of all 24 contestants but now that we’ve had the chance to chat with each of the pairs, let’s learn more about friends Randall and Syreeta.

What was the first day on the set of LEGO MASTERS like?

Syreeta: It was incredible. I thought that I know a few pieces, then you walk on set, and it’s like, oh no, you don’t know a thing. To say it was glorious and magical would be an understatement.

Randall: For me, being in an environment like that can overwhelm you, so I tried not to be overwhelmed being in a place where you have every brick available to you and making sure you don’t get run over by the possibilities. I was definitely enthralled by seeing the set. This is something that I run back on Hulu all the time. Being able to touch these bricks and see some pieces that I usually don’t and getting the opportunity to use them. That was dope. Really just seeing how everything was organised and using that as inspiration for the ways that I want to change up my room in the future.

Had you built together before? How was building on the set different?

Randall: The way that we build, since we’re in different cities, is that we might once a week on Sundays. Sometimes, we save time to build over Zoom. Every so often, she’ll come to Chicago or I’ll go to New York and we’ll collaborate and build things, but not as frequently as we did on the show. That was a learning experience as well, not only working on these challenges but also working on how we communicate and work with each other and the division of labour in real-time, making sure we’re not stepping on each other’s toes.

Do you have a favourite technique?

Syreeta: Randall goes to Technic, all the time and often. I just got exposed to minifigures, so I want to live in Minifig Land all the time.

Randall: That was a surprise. An understatement. One thing that I’m very cognisant of is LEGO maths, making sure that things add up over different types of techniques. I look at things through that lens. I happen to enjoy maths, Syreeta not so much, so that was something else that I considered and used in the builds from the show and outside.

What do you hope the audience takes away from your time on the show?

Randall: One thing that I was inspired by was seeing Wayne and Zach bring themselves to the show fully. I think that’s something I would hope people would say about us, that you can bring your full self to this community and add to the LEGO lexicon of what is good, what is tasteful, what is awesome to see.