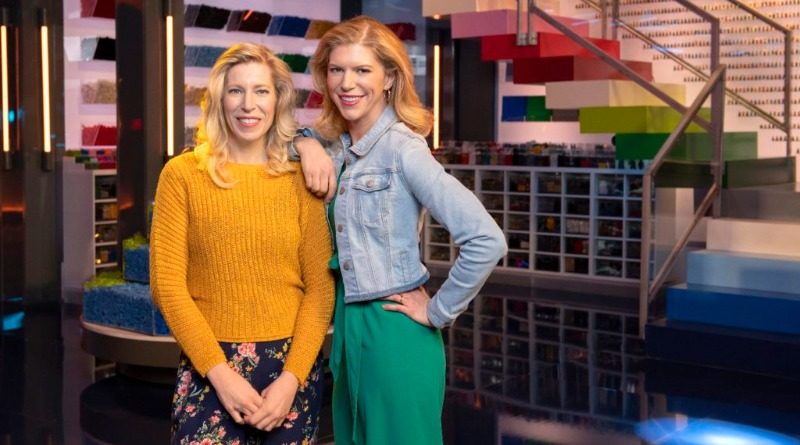 Friends Susan and Jen hope to surprise audiences with their time in the Build Room for LEGO MASTERS USA Season 2.

The show sees talented LEGO builders battle it out in creative, brick-based challenges for the chance of winning a $100,000 cash prize, the ultimate LEGO trophy, and the grand title of LEGO MASTERS. Last year saw 20 contestants compete, but this year two extra pairs are joining the set, adding four more LEGO fans to the fun.

With the first episode airing on Tuesday June 1 at 8pm ET / 9pm PT on FOX, LEGO Fan Media (including Brick Fanatics) sat down with all 24 contestants. Here’s what we talked about with Susan and Jen.

Jen: I’m a nurse, and so I’m used to working long hours and long shifts. These time trials were easy-peasy. Second of all, another superpower I had was that I could really focus and get into the zone and figure out problems. The only problem with that is that I lose time when I’m in that zone.

Susan: Both of our superpowers is Mum Power. That involves multi-tasking, time management, a lot of patience with each other.

How did you get into LEGO?

Susan: For me, it was the family that got me into LEGO. I started buying LEGO for my oldest child, Austin, when he was five years old and that really started my life in LEGO.

Jen: I’ve always been a LEGO kid, I’ve been playing with LEGO since I was six. I never really had a Dark Ages, I just put them away when we started having a family, until they were old enough to pull them out themselves and get their own sets. I really started doing art about five or six years ago, and that’s when I started sinking my teeth into it again.

Why did you apply?

Jen: Our path was very complicated and probably unique to us. I was actually recruited to be on Season 1. I got to be at the final casting with a bunch of the people from Season 1. The day we found out that we got in was the day I found out that my 10-year-old son had cancer, so we withdrew from Season 1.

We’ve been waiting while my son’s been getting better. He’s doing fantastic right now. We were so thrilled and excited when LEGO gave us a call and said they were doing Season 2 and asked if we were still interested. It’s been really fun and a long wait, but so worth it.

Jen: I love the human form, I love nature, I love being inspired by fine art. I also love jokes so I love throwing fun stuff into my builds. Anything around you is inspiration, including other builders. I love collaborating with other people. I’m open to inspiration from everyone and everything.

What do you hope that the audience will think about you?

Susan: I hope that people will understand that we have this unity and we’re not just two people that went on this show and built without having this friendship. We want to be this unit of two women that love LEGO.

Jen: I want them to be super surprised, thinking that these women were so stealth. I want to be the team that really surprises everybody.