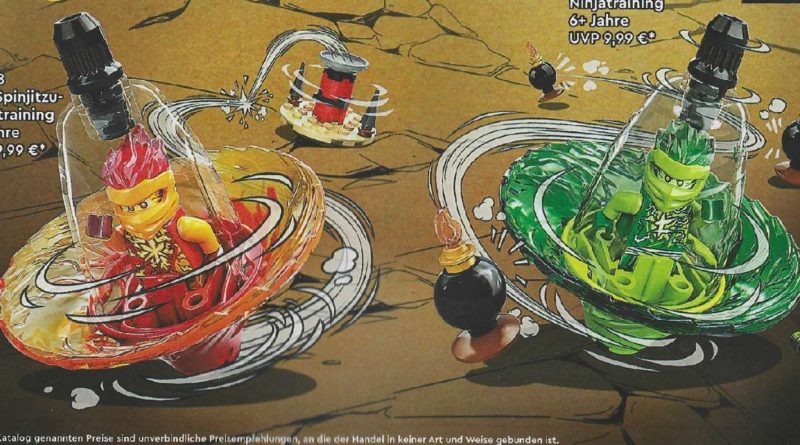 Four LEGO NINJAGO 2022 sets have been confirmed to be coming soon thanks to a German catalogue with images revealing their prices.

Although the Core wave of LEGO NINJAGO has yet to release, more models that will be part of the range but released later in the year have now been showcased in a German consumer catalogue shared online by StoneWars with scanned images detailing what is yet to come.

With LEGO NINJAGO Core designed to represent the identity of the theme, spinners were notably missing from the initial range. Thankfully, this will only be the case for a few months as four of the elemental collectables are coming in March 2022.

Each of these will retail for €9.99 and include a fresh Spinjitzu element, an accessory to interact with and a minifigure showing the respective ninja in an elemental form. Please note that these names are translated from German and are not final.

The last spinner features in 71763 Ninja Training Center for €39.99. Unlike the others, no NRG version of Zane is included, though regular minifigures for him and Jay feature alongside a snake. The model itself includes various training exercises to hone the ninja’s skill such as a target, slide, cave and a robotic figure that is attacking the duo.

An exclusive printed banner with an elemental vortex also appears in this set as well as an arch similar to those that are found in 71767 Ninja Dojo Temple. 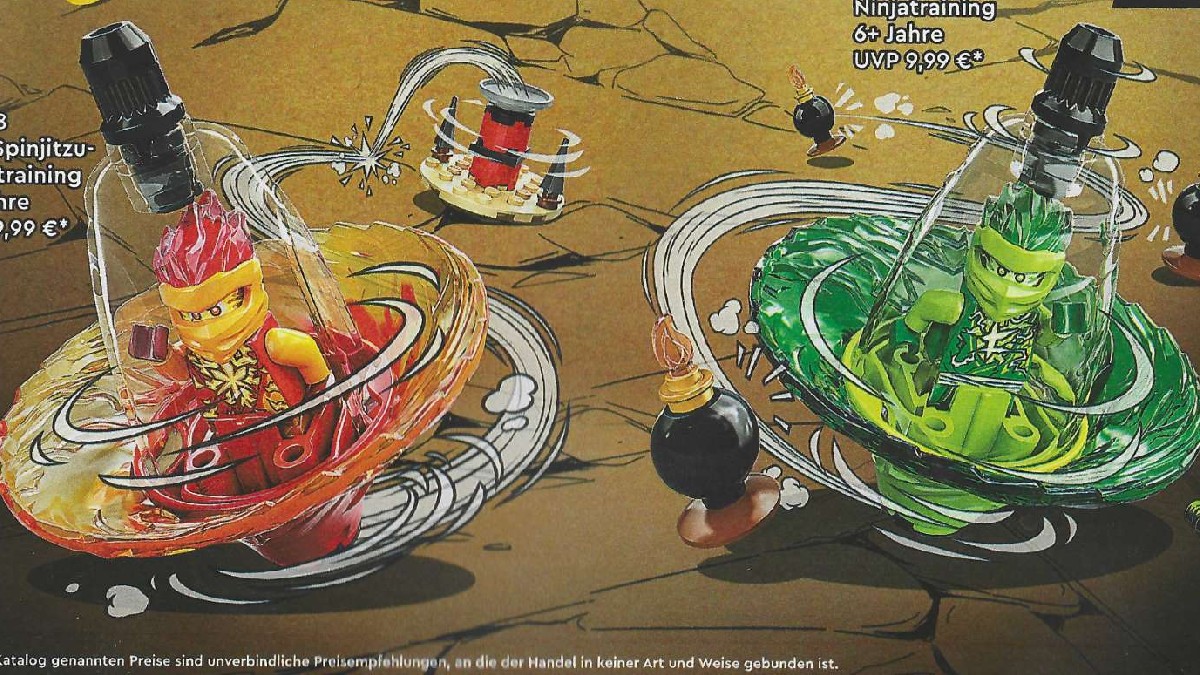