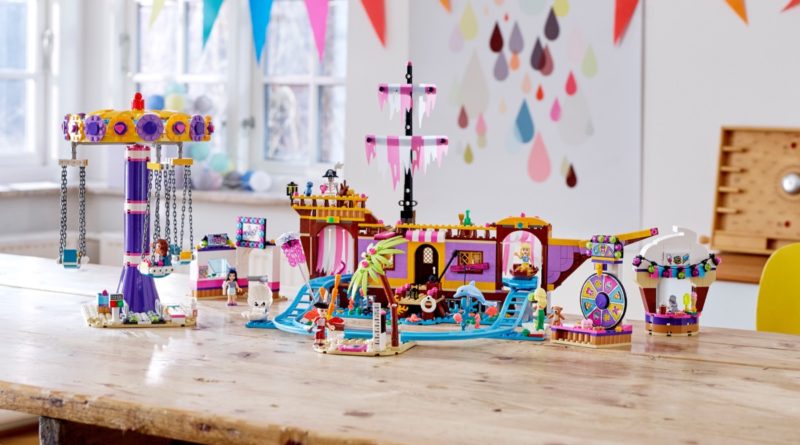 An online price comparison site has revealed the first list of LEGO Friends sets arriving in 2022, which includes the theme’s most expensive model to date.

According to brickmerge.de, 41704 Apartment Block will retail for €149.99 in Europe, which is €20 more expensive than 2015’s 41101 Heartlake Grand Hotel and 41375 Heartlake City Amusement Pier – previously the priciest sets in the entire Friends range.

As evidenced by those sets, though, a high price tag is no guarantee of a record-breaking piece count: 41375 Heartlake City Amusement Pier includes 301 fewer parts than 41101 Heartlake Grand Hotel, despite coming in at the same price point. That’s potentially due to the four-year gap between both sets, as well as the roller coaster track elements included in the former set.

Based purely on its product name, though, 41704 Apartment Block sounds like it will be filled with basic elements, potentially allowing it to also take the crown for the biggest LEGO Friends set to date. Either way, it’s currently the biggest set in another vast and varied wave of mini-doll-focused products apparently arriving in 2022. Here’s the full list:

These set names probably aren’t final at this stage, and the very existence of these sets also isn’t strictly confirmed just because they’re up on brickmerge. Expect confirmation on the full LEGO Friends 2022 range as we eke ever closer to the new year. (Where did 2021 go?)