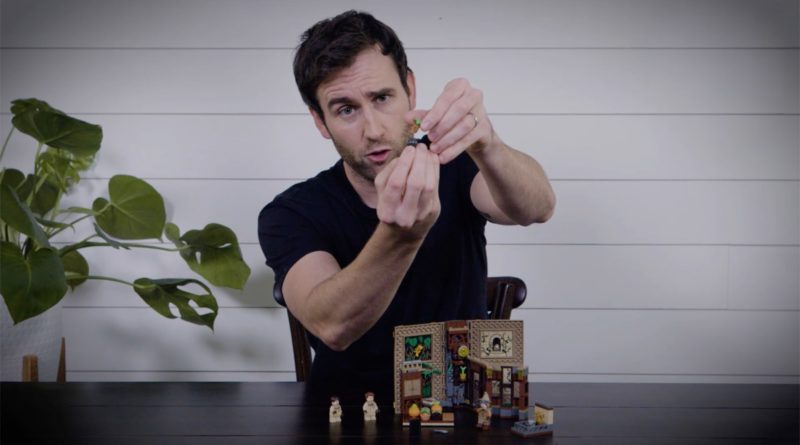 With almost the entire line-up of LEGO Harry Potter 20th anniversary sets now on shelves – including the recently-released 76391 Hogwarts Icons Collectors’ Edition, which tops off an incredible year for the theme – the LEGO Group shipped a huge parcel of current and retired Harry Potter sets to Matthew Lewis, best known for portraying Neville Longbottom.

Those freebies came with a caveat, though: to promote the newest range of LEGO Harry Potter products, including 76388 Hogsmeade Village Visit and 76389 Hogwarts Chamber of Secrets, the LEGO Group tasked Matthew with recreating his favourite scenes across all eight Harry Potter movies, from the Philosopher’s Stone to the Deathly Hallows Part II.

The result is actually a pretty fun watch for what’s ostensibly an ad, as Matthew shares anecdotes about working on the Harry Potter films while indulging his inner child. From Neville being carried away by Cornish Pixies to Neville falling off a broom at a great height, the main takeaway is that Matthew’s character had a pretty tough time of things.

He still gets his moment in the spotlight, though – just as he did in the films – by having Neville emerge from the rubble of Hogwarts clutching the sword of Gryffindor. Shame nobody thought to send him the official Nagini element from 71022 Harry Potter and Fantastic Beasts Collectible Minifigures for that final showdown…