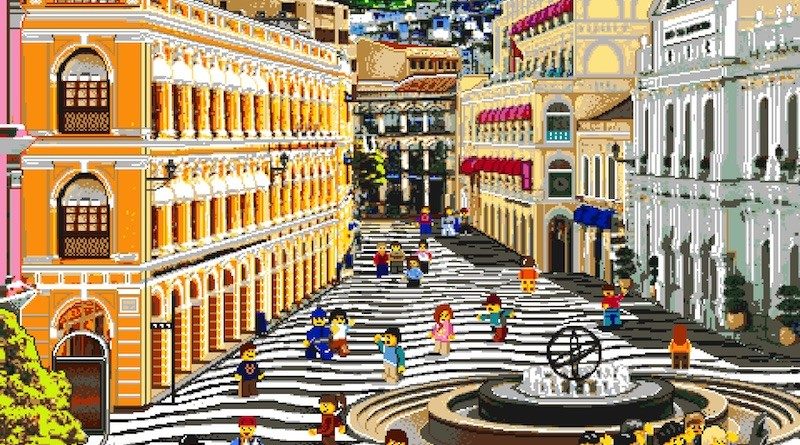 A new LEGO Certified store has been revealed for Macau, making it the first in the region, and is set to include a mosaic wall inspired by the culture and locations surrounding the store.

The store, which will be operated by Kidsland International Holdings Limited is set to open in just a few days according to its Instagram account and a new set of concept art has been revealed, giving fans a first look at what to expect inside.

From the pictures, it looks like the store will be open plan, with the usual necessities such as large LEGO sculptures and the Pick-a-Brick wall. In fact, at the entrance, it looks like a minifigure will be built on a skateboard. This sculpture actually depicts a skater minifigure holding Portuguese tarts in his hand in front of the tourist spot, Ruínas de São Paulo. The build is 1.4 meters tall and took 86,800 pieces and 436 hours to complete.

One other outstanding feature of this location will be found outside the shop, in the form of a mosaic wall. This 200,000-piece wall depicts the black and white pavement that adorns some streets of Macau as well as plenty of minifigure tourists. When compared to the real thing, it makes the build even more impressive.