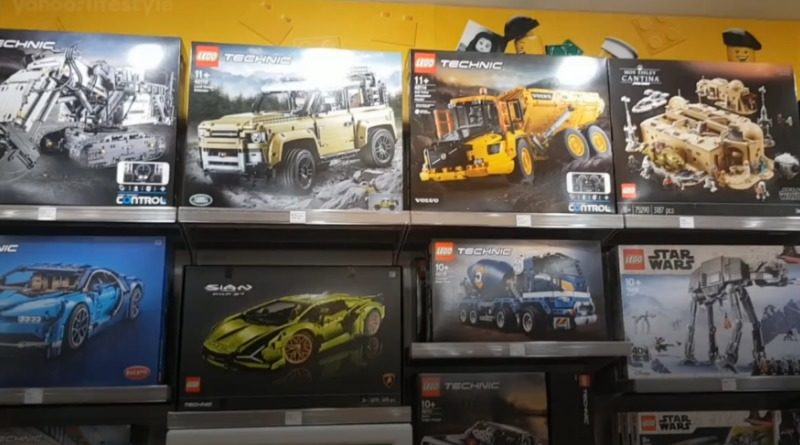 The store opened last Friday, October 23, and is located at Tampines Mall, which is situated in the south-eastern coastal town of Tampines. And according to Yahoo, it marks a couple of firsts for Singaporean LEGO fans.

For one, there’s the “LEGO Art Wall”, which sits in the centre of the store. It’s currently decorated with a Darth Vader mosaic, built from three copies of 31200 Star Wars The Sith. But it will apparently change over time, presumably to promote current and future LEGO Art sets.

What’s more interesting, though, is the prospect of the store’s dedicated “adults corner”. It essentially appears to be just a section of the store for the various adult-targeted sets the LEGO Group has introduced this year, including its new 18+ range. But grouping them all together in one place is a clear signal of intent by the store’s managers.

LEGO Certified Stores operate a little differently to official LEGO brand stores. They’re owned and managed by an authorised partner of the LEGO Group, and they can sell LEGO exclusives. But they can’t use the VIP program, or offer (or accept) LEGO gift cards.

That means they also have a little more freedom to come up with cool promos, including establishing this “adults corner”. But given the LEGO Group has spent much of this year harmonising its packaging, it’s not hard to imagine an entire corner of an official LEGO Store dedicated to the new 18+ black boxes. Could this be the future of LEGO shopping? Time will tell.