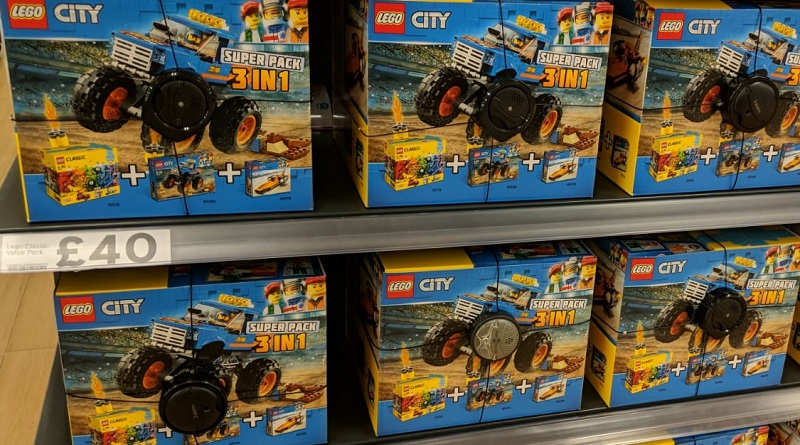 An all-new LEGO City Super Pack has turned up at Tesco containing Classic and City sets.

The most recent LEGO Super Pack has turned up in the UK at Tesco, priced at £40. It is branded as LEGO City, and contains two sets from the theme – 60180 Monster Truck and 60178 Speed Record Car – along with a Classic set, 10715 Bricks on a Roll. Super Packs contain bundles of sets that are also available individually, often at a discounted price when compared to buying the products individually.

In total, the individual retail price for the three sets totals £42.97, making the saving rather negligible, but for those who like getting multiple sets in one box it may appealing. This is also the sort of product that supermarkets use to drive Christmas sales, so it may be discounted in the coming weeks as part of promotional activity. 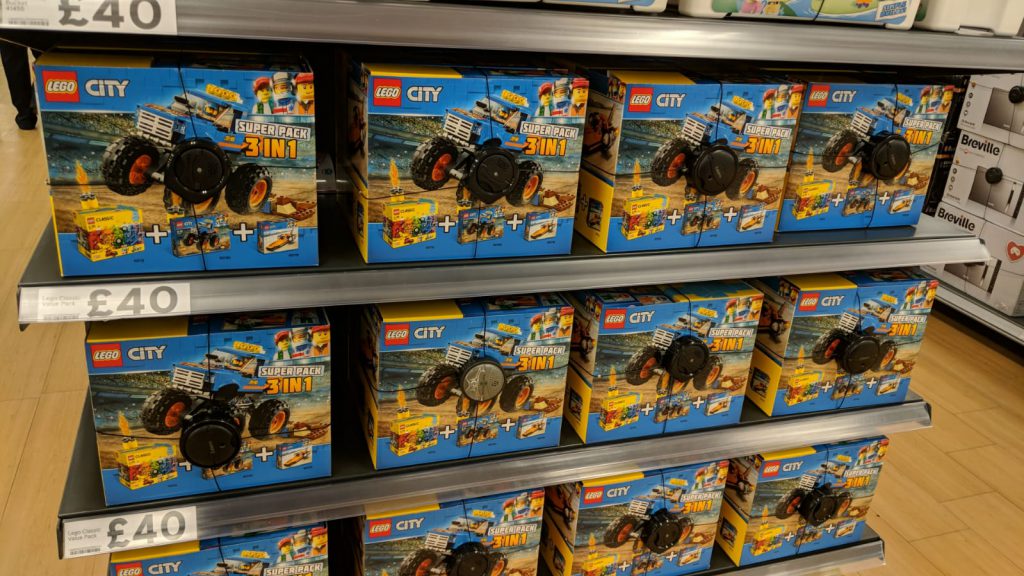 Over at Sainsbury’s, fans can still get LEGO Create the World: Incredible Inventions trading cards with every £10 spent in-store, with the promotion in its final stretch.

The newest range of LEGO City sets was released over the summer, with a focus on Arctic exploration and trains. Most recently, 60201 Advent Calendar was released ready for December.