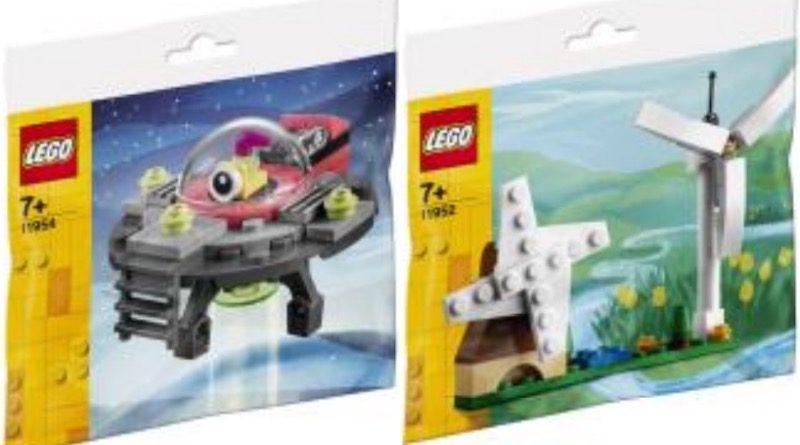 Brickset has published grainy images of seven brand new polybags, which encompass everything from endangered animals to green energy. The online LEGO database has tagged them all as ‘magazine gifts’, and given their set numbers follow those of previous LEGO Explorer freebies, it’s very likely that each of these polybags will be available exclusively through that magazine too.

The officially-sanctioned publication from Egmont Magazines has been running in the UK since October, bringing us monthly buildable models including 11942 Lunar Lander and 11945 Steam Locomotive.

None of the polybags contain minifigures (in the same way Immediate Media’s foil-bagged promos sometimes do), but they’re all very nifty builds. That trend looks set to continue for the rest of 2021 at least, based on the number of polybags that have popped up on Brickset. Among them are a parrot, a lion, a UFO, a lizard, a pair of windmills, a monkey and a racing car.

There’s no word yet on which order we can expect to see these polybags arrive in, nor their availability in other regions beyond the UK, but we’ll keep you updated.