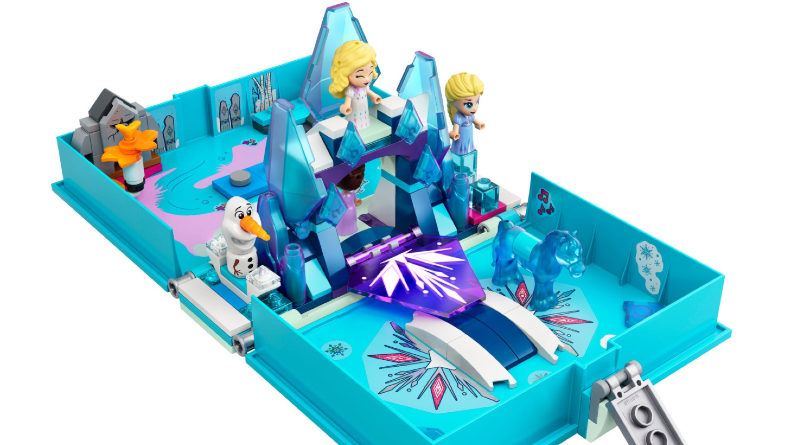 A number of new 2021 LEGO Disney sets have been revealed on LEGO.com, including some more based on Frozen 2.

LEGO and Disney are partnering once more in 2021, with a whole host of new sets themed to various Disney movies, with Cinderella, The Little Mermaid and Frozen 2 being chosen for the sets.

43191 Ariel’s Celebration Boat is based on The Little Mermaid and includes mini-dolls for Ariel and Eric on a floating LEGO boat. Figures for Flounder, Sebastien and Max are also included with various LEGO instruments. 43191 will cost £24.99 / $29.99 / €29.99.

More sets based on Frozen 2 will also release next year with two models for the popular movie. 43189 Elsa and the Nokk Storybook Adventures is another storybook set with five figures depicting characters from the movie. The set features a folding storybook with different scenes and will cost £17.99 / $19.99 / €19.99.

43186 Bruni the Salamander Buildable Character is a more unique build with only one buildable figure. The set depicts the lively fire spirit salamander Bruni with scaled details across the sloped bricks on his body. A campfire build with marshmallows is included as well as a snowflake for Bruni to snack on. 43186 will cost £12.99 / $14.99 / €14.99.

All of these new LEGO Disney 2021 sets will launch January 1 2021, along with many other new sets across various themes.