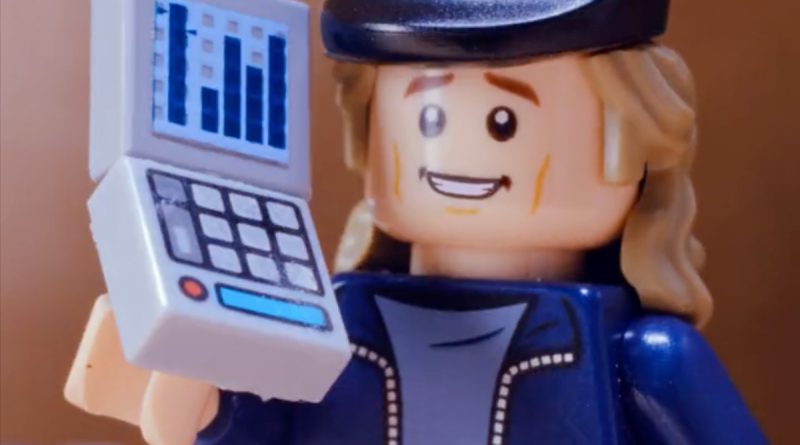 Executive producer Brad Pitt finally makes a guest appearance in the latest trailer for LEGO MASTERS USA Season 3, which will premiere in just under two months.

Or his minifigure does, anyway: around a third of the way through the clip, which teases celebrity guests, epic build challenges and at least one moment of serious drama, a tiny plastic Brad Pitt arrives on set to do some ‘executive producing’ – a phrase which here means telling host Will Arnett to ‘make it better’.

“This is going to be the most challenging LEGO MASTERS season yet,” Arnett promises in response, speaking over footage of massive LEGO models coming together – and then, in true LEGO MASTERS fashion, being blown apart and destroyed. That’s just one of the many build challenges the teams will encounter, which are also set to include a LEGO dog show, a tree house challenge and a NASA-themed episode.

LEGO designers Amy Corbett and Jamie Berard are back on judging duties once again, and will ultimately determine which team walks away with the LEGO MASTERS trophy and a $100,000 cash prize.

Special guests in the third season of LEGO MASTERS include NASCAR champion Jeff Gordon and actor Chris Pratt, who appeared in a special preview episode back in June. That one-off show aired alongside the theatrical release of Jurassic World: Dominion, to capitalise on what was clearly intended to be the episode’s original timing – before FOX pushed LEGO MASTERS USA Season 3 from its May 31 premiere date.

The first episode of the full season will now debut on FOX on September 21, 2022, at 9pm ET / PT. It will then be followed later this year by LEGO MASTERS: Celebrity Holiday Bricktacular, a seasonal spin-off that will see previous contestants paired with celebrity guests.