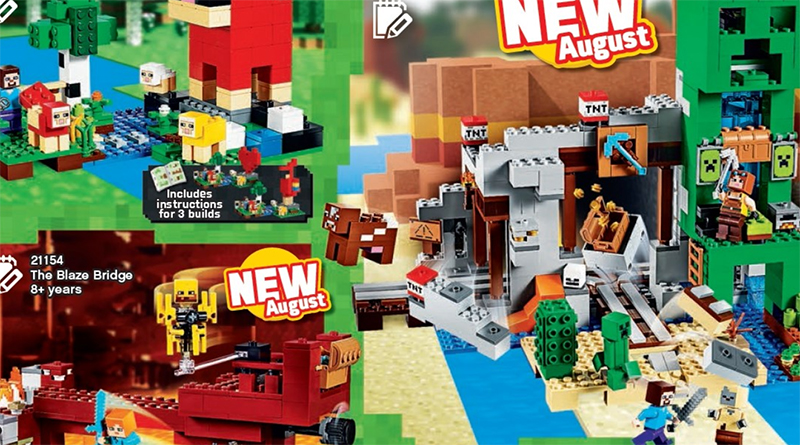 Three new LEGO Minecraft sets are on the way in August for fans of the theme to collect.

LEGO Minecraft fans have three new sets to look forward to in August. In a new LEGO catalogue discovered by Brickset, 21153 The Wool Farm, 21154 The Blazing Bridge and 21155 The Creeper Mine have been revealed.

21154 The Blazing Bridge sees Alex traversing a perilous path, with a Wither Skeleton and two Blazes attempting to stop him from making it across. 21153 The Wool Farm features a striking giant dyed sheep as a core part of the build, as well as two dyed sheep and a baby sheep. Steve is included with his shears. Like The Wool Farm, 21155 The Creeper Mine features an oversized brick built Creeper in a mine setting with TNT everywhere. Characters included are Steve, Blacksmith, Cow, Bat, Husk and Creeper. 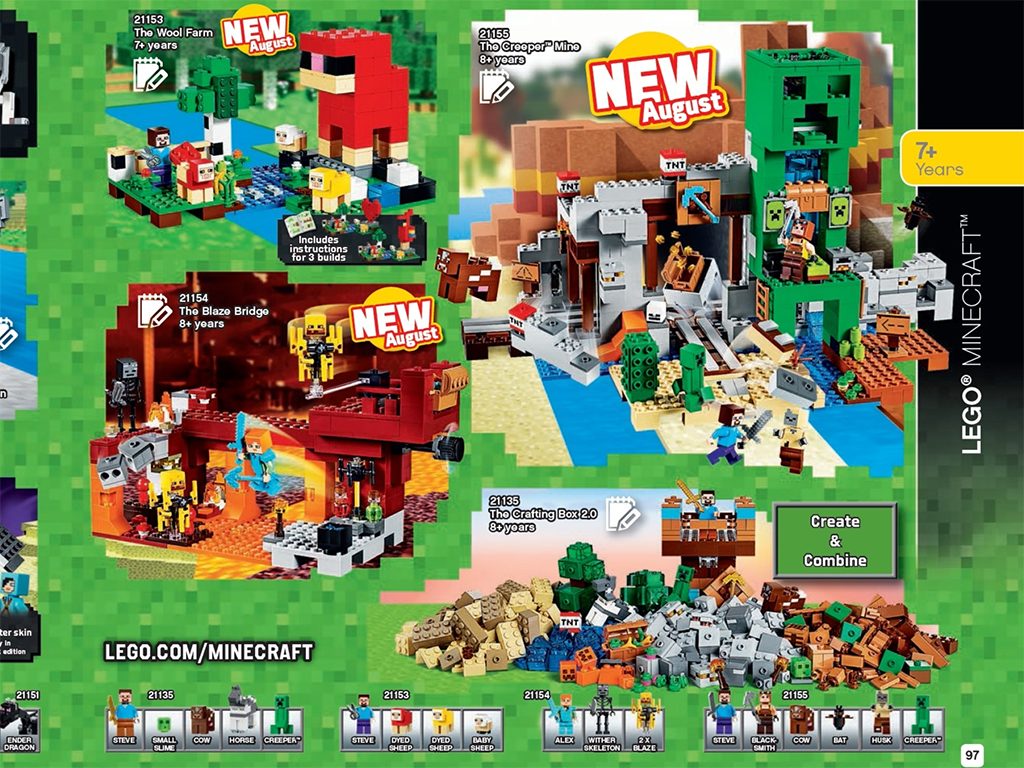