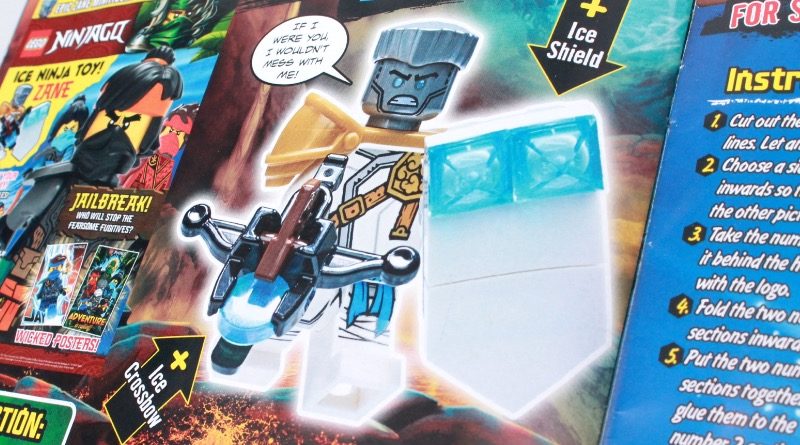 Issue 73 of the LEGO NINJAGO magazine will come bundled with an exclusive Zane minifigure – but doesn’t yet have a publication date.

Immediate Media’s officially-licensed LEGO NINJAGO magazine is now six years old, but it looks like it may be moving away from regular monthly publication. That’s because the inside back cover of Issue 72 – which is now on shelves – doesn’t include a shelf date for the next issue.

We don’t know the specific reason for the omission, but it does suggest that the publisher doesn’t yet have a firm idea of when we’ll be able to pick up Issue 73. Thankfully, it’s at least revealed the freebie we’ll find attached to its cover.

Yes, next month’s LEGO NINJAGO magazine will include a free foil-bagged Zane minifigure, and it’s technically one that we’ve never seen in a set – at least in this configuration.

The head, torso, legs and shoulder armour all appeared in last year’s Master of the Mountain sets, 71719 Zane’s Mino Creature and 71722 Skull Sorcerer’s Dungeons, but they did so in conjunction with the ninja’s headgear rather than his hair.

That means this version is exclusive to the LEGO NINJAGO magazine – even if it is one you can easily create yourself at home – and should therefore prove enticing to collectors. We’ll let you know when we find out a shelf date for the issue, which will hopefully continue to retail at its usual price of £3.99.

This month’s mag includes a free Lloyd minifigure, which you can take a closer look at here. 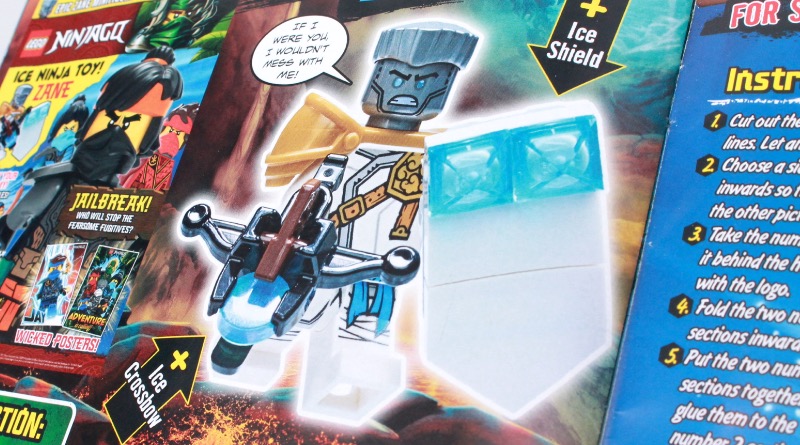