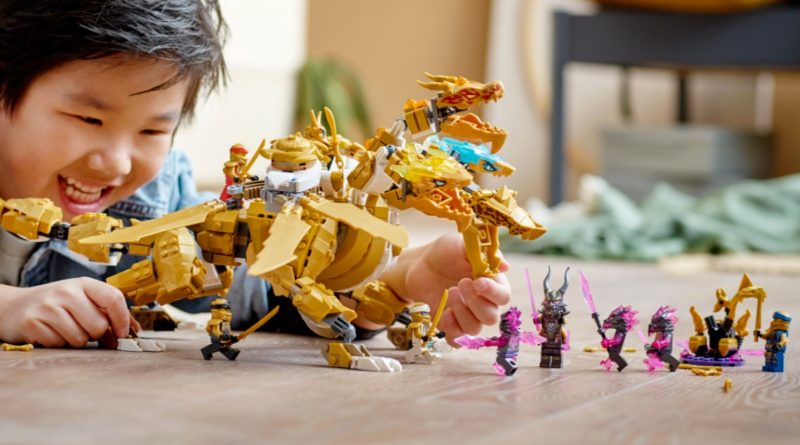 With a release date for the second half of LEGO NINJAGO Crystalized confirmed, it’s a good time to dive into the sets and collect the new minifigures.

There are eight LEGO NINJAGO models designed to tie in with NINJAGO Crystalized and they feature a wide array of new and exclusive minifigures to collect, much like most NINJAGO waves. However, the key difference with Crystalized is the inclusion of returning characters, including some that were only featured in one or two sets before this.

From the familiar ninja to the Crystal King’s generals, here’s your minifigure buying guide for LEGO NINJAGO Crystalized. Those wanting to keep the story a surprise might want to stop reading here as we’re about to cover spoilers for the new season.

The Ninjas are spread out across the entirety of the Crystalized wave for the most part, though they do all feature in their standard uniforms in 71771 The Crystal King Temple apart from Lloyd, who can be found in 71772 The Crystal King.

The Generals and the messenger

Pythor, Mister F, Harumi, Vangelis, The Mechanic and Aspheera make up the Crystal King’s generals and their messenger and are also spread across much of the Crystalized sets. To get them all, you’ll need to prioritise 71769 Cole’s Dragon Cruiser for Aspheera, 71770 Zane’s Golden Dragon Jet for Vangelis, 71772 The Crystal King for Harumi, 71773 Kai’s Golden Dragon Raider for Mister F and 71775 Nya’s Samurai X MECH for The Mechanic and Pythor.

The Crystal King is the new main villain for NINJAGO Crystalized, though they may be a familiar face. While we wait to see how the story unfolds, we at least know that this new minifigure, including the fresh mask element, is featured in 71771 The Crystal King Temple, 71772 The Crystal King and 71774 Lloyd’s Golden Ultra Dragon.

LEGO NINJAGO Crystalized is also a good wave for some of the theme’s rarer characters and minifigures. Both Lil’ Nelson and The Mechanic feature in 71775 Nya’s Samurai X MECH and have only otherwise appeared in 71741 Ninjago City Gardens, 70589: Rock Roader as well as Lil’ Nelson in a generic uniform in 70657 NINJAGO City Docks.