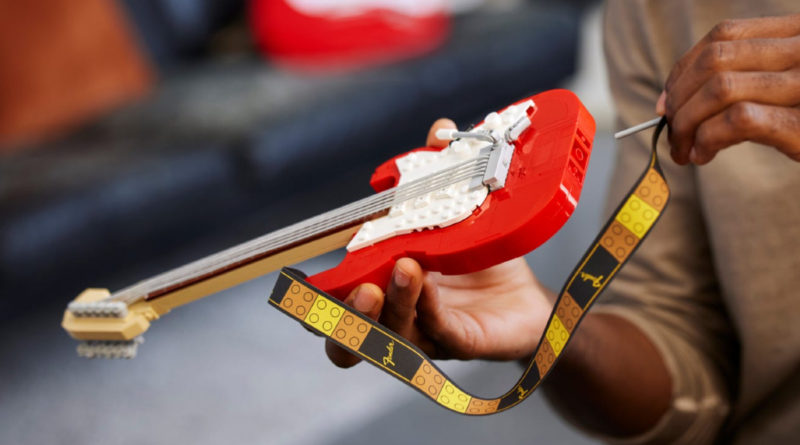 The new LEGO Ideas 21329 Fender Stratocaster blends music and bricks in a rocking recreation, but it also includes a few non-LEGO elements.

The latest set in the LEGO Ideas line of fan-inspired models has been revealed as 21329 Fender Stratocaster. The authentic build of the real instrument offers a music-themed model with two options for the colour scheme and a few inclusions that aren’t brick-built or intended for use on the set itself.

As noted in our review of LEGO Ideas 21329 Fender Stratocaster, the guitar build features a small strap with a brick-inspired design to help complete the dedicated recreation. This long piece of fabric is not the first appearance of the material in a LEGO set but few have been quite as large.

Elsewhere in the build, the guitar strings are represented by threads integrated into bricks, a familiar piece that has featured in a range of other models before but is still a rare occurrence of it.

Whilst this may not necessarily count towards the total of non-LEGO elements in 21329 Fender Stratocaster, it’s still worth mentioning the latest appearance of the LEGO string brick.

Also included in the new LEGO Ideas set is a big sticker not intended for application on the build at all. Instead, the brick-built Fender logo design can be put wherever you chose, be it your guitar, amp or just around the home.

The LEGO Group has offered options for alternate stickers in their creations before, but this may be the first sign of one not designed for any part of the build.

The introduction of more unusual aspects to the normal LEGO model formula has been frequent as of late, with the new 76391 Hogwarts Icons Collectors’ Edition also asking you to write on the bricks.

We’ll have to see if this surge of creativity continues in future LEGO models as it seems that the designers are eager to explore more unusual practices, especially in LEGO for Adults builds. For more on LEGO Ideas 21329 Fender Stratocaster, we’ve got a gallery of images ready to explore. 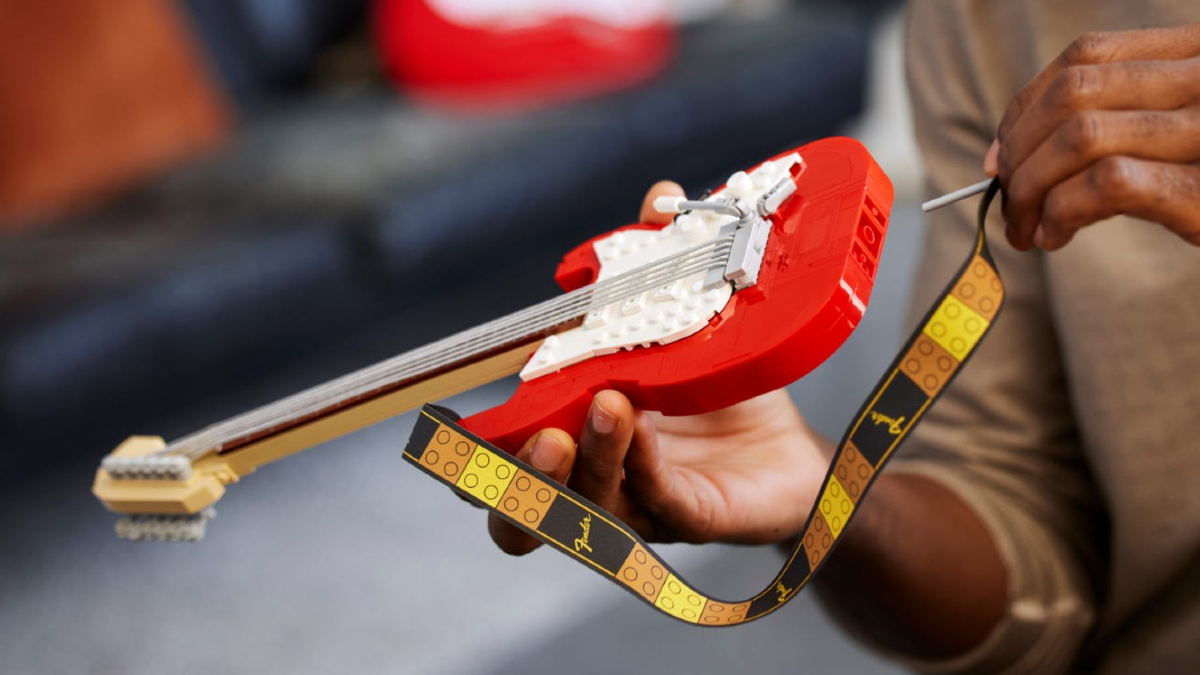