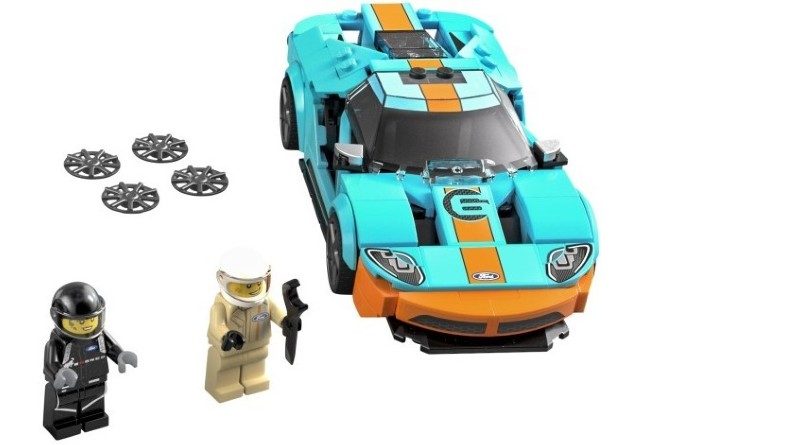 LEGO Speed Champions looks to have at least one more set racing in later this year as the Ford GT makes an updated appearance.

Continuing the reveal season of LEGO sets is another Speed Champions two-pack, with an image for the rumoured 76905 Ford GT Heritage Edition and Bronco R found on the LEGO Group’s instructions website.

The set includes two vehicles, just as described in its name with one being a blue and orange Ford GT Heritage Edition and the other a Ford Bronco R off-roader. Two minifigures are shown to be included, equipped in racing attire from head to toe. However, hair pieces are included for a before-race chat.

Judging by this initial image, the Bronco R appears to have a spare tire sticking out of the back, as well as a roll cage on the interior.

The sixth set will likely release alongside the other revealed Speed Champions models in summer, but price remains unknown at this time, we’ll keep you updated when we learn more.