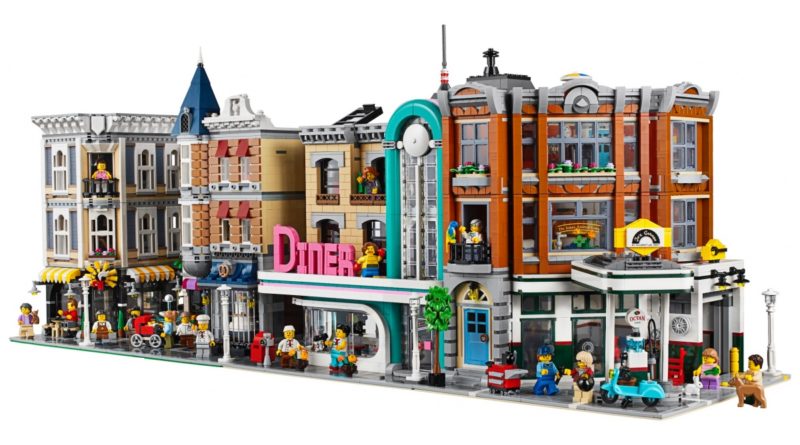 The oldest LEGO modular building yet to be permanently retired has come back in stock online – but it’s brought a hefty price bump with it.

10255 Assembly Square first hit shelves in 2017, and it’s outlasted both its immediate successors in 10260 Downtown Diner and 10264 Corner Garage. That’s likely because it’s not only the biggest modular building to date at 4,002 pieces, stretching over an extended 48×32 footprint, but also a 10th-anniversary celebration of the entire subtheme, packed with references to its predecessors.

Given the newest modular building 10297 Boutique Hotel weighs in at £174.99 for 3,066 pieces, 10255 Assembly Square was technically a comparative bargain, so a price adjustment isn’t too surprising. It does mean anyone new to the modular game (or still playing catch-up on older sets) will now need to cough up an extra £50 / €20, though.

Still, it’s hard to say 10255 Assembly Square isn’t worth even that price: you’re still getting a lot of bang for your buck, and there’s a reason it’s the only modular building in our Top 20 LEGO Sets List. 10297 Boutique Hotel is a great addition to the line-up (check out our review for the proof), but 10255 Assembly Square is still the one to beat.

If it’s disappeared again by the time you read this, sign up to our stock alerts and we’ll let you know when 10255 Assembly Square is available to buy once again.