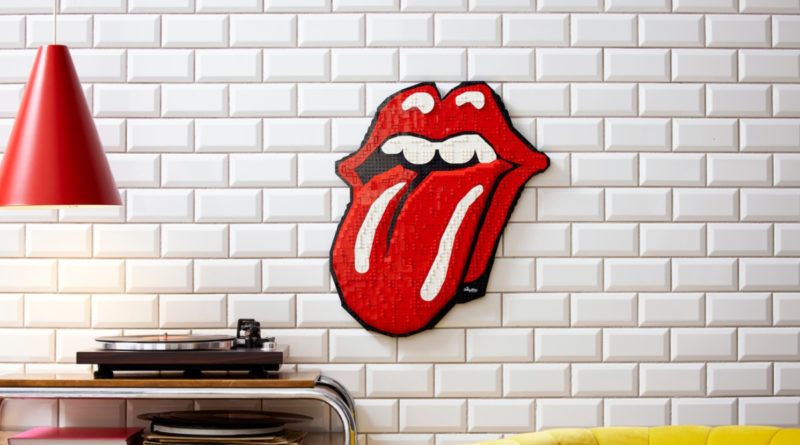 With 31206 The Rolling Stones breaking a trend of LEGO Art sets, the designers for the set and the logo have commented on the model.

When you think of LEGO Art sets, you might imagine a mosaic considering that’s all the theme has been so far. However, that all changes when 31206 The Rolling Stones launches on June 1, or August 1 in the US. A designer from the LEGO Group and John Pasche, the graphic designer who first designed the logo in 1970 have reacted and shared insight into the new set.

“Who would have believed, 50 odd years ago… that design would be made into a LEGO piece. Wow!” commented John.

“Since the tongue logo is one of the most recognized logos, our biggest challenge was to figure out how we could get the LEGO Art design as close to the original as possible,” shared Fiorella Groves, Design Manager at the LEGO Group.

“Previous sets have been created with 1×1 round LEGO tiles as a mosaic, but this time, in the spirit of being more Rock ‘n’ Roll, we have used the full spectrum of LEGO bricks to capture the organic curves that John created. Hearing his reaction to our final design makes me so happy!”

Whether or not we might see more LEGO Art sets that expand beyond mosaics has not been confirmed, though this would suggest that such designs are on the table for the future when the source material calls for it.