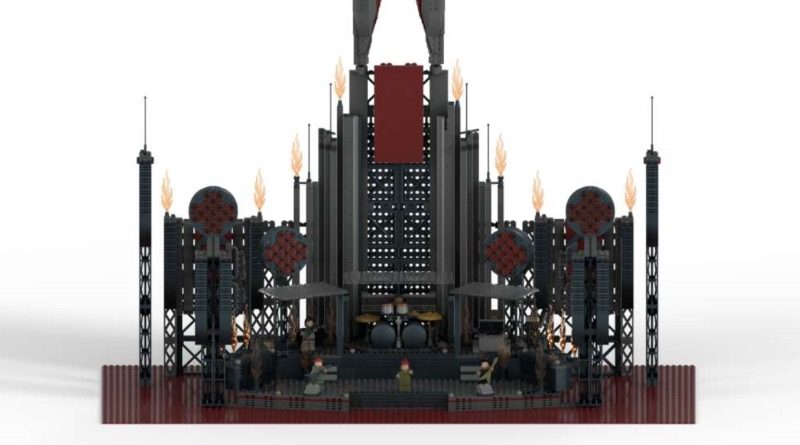 The LEGO Ideas team has removed a project based on Rammstein’s European tour from the first 2021 review – despite the model hitting 10,000 supporters in just one week.

According to the LEGO Ideas blog, the project was struck off the list because its creator Aurelien Franssens failed to disclose that the build was based on an intellectual property. While the project page made no mention of Rammstein, the German industrial metal band’s postponed European tour was very clearly the inspiration behind the model.

It’s a curious bit of bureaucracy given the project clearly had the backing of the band, with Rammstein’s official Facebook page sharing a link to the proposal back in April (and presumably giving it a major helping hand in gathering 10,000 supporters).

Either way, it means the first 2021 review – the qualifying period for which closed yesterday – will now proceed with only 57 projects, rather than the expected 58. That’s still a new record, dwarfing the second 2020 review’s already incredible 35 projects in a single round, so we’re sure the Ideas team won’t be too distraught.

Franssens, on the other hand, will no doubt be severely disappointed by the decision. But given there’s an obvious demand for a Rammstein LEGO set, re-uploading their project with clear signs that it’s a licensed set may be the solution. Not that the LEGO Group will be quick to approve a set based on a stage show that involves setting fire to a fake baby, of course.