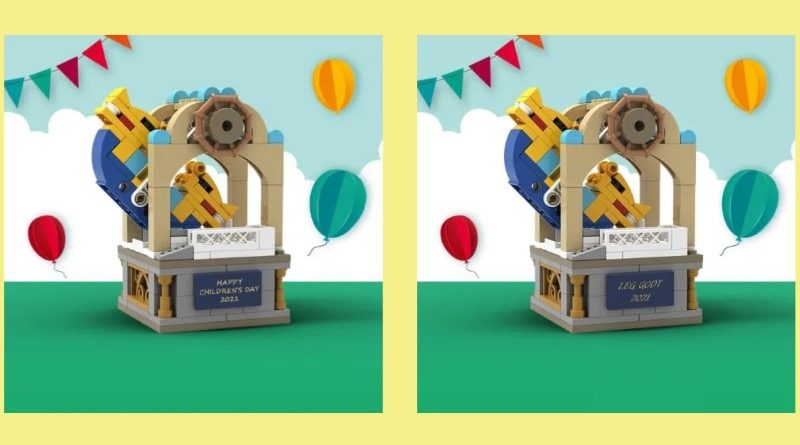 A rare LEGO gift-with-purchase previously only available in China and South Korea may be coming to worldwide markets in June.

The 152-piece yellow-boxed model was originally available as a gift-with-purchase through LEGO.com in South Korea, and with a minimum spend at LEGO Stores in China – where production was also limited to just 1,000 sets. That number will obviously be ramped up if the model truly is coming to international markets in June, potentially knocking down the aftermarket price in the process.

According to Time2Bricks, however, there are actually two different versions of the model, distinguished by their 2×4 tile. One reads ‘Happy Children’s Day 2021’, while the other displays the LEGO motto, ‘Leg Godt’ (meaning ‘play well’). It’s not yet clear which of these will be coming in June, but the latter seems more likely given the timing.

That’s because while certain communist (and post-communist) countries – including Bulgaria, Croatia, Vietnam and China – celebrate International Children’s Day on June 1, plenty of the LEGO Group’s major markets (including the UK, US, Denmark and Canada) actually celebrate the occasion on November 20.

We’ll bring you confirmation on which variety of 6374338 swings into LEGO Stores and on to LEGO.com as soon as we can – if any do, that is, because this is still just a rumour for now. Stay tuned.