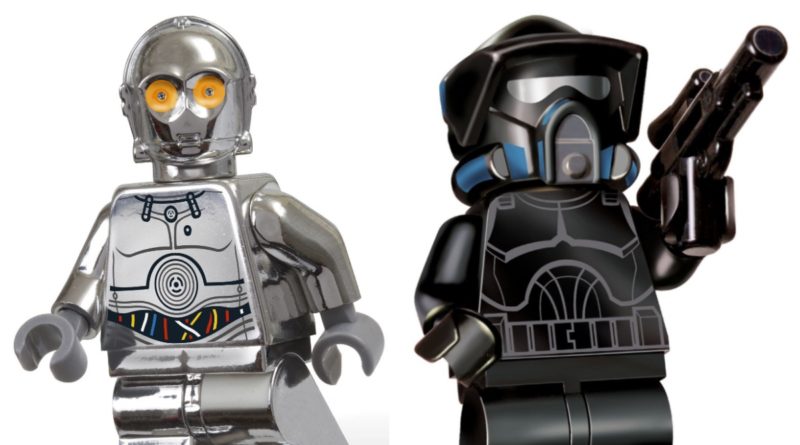 If you stopped by the LEGO booth at this year’s Star Wars Celebration event in Anaheim, California, you’ll have not only seen a sneak peek at this summer’s sets – including 75333 Obi-Wan Kenobi’s Jedi Starfighter, 75335 BD-1, 75336 Inquisitor Transport Scythe and 75338 Ambush on Ferrix – but also have had chance to buy one, in the shape of 40547 Obi-Wan Kenobi & Darth Vader.

That BrickHeadz set won’t be available to the masses until August 1, but was on sale early at Star Wars Celebration for $19.99. As well as an exclusive wrap proclaiming where the set was purchased, those early adopters of the two-pack will apparently also have claimed free goodies from the LEGO booth, where staff were reportedly giving away some incredibly desirable polybags.

According to The Holo-Brick Archives, free gifts available at Star Wars Celebration included 2011’s Shadow ARF Trooper and 2012’s TC-14, the first two May the 4th exclusive minifigures. Both of those now command high prices on the aftermarket, so being able to bag them with other purchases – and at seemingly low thresholds – was likely a dream come true for LEGO fans in attendance.

Where exactly the LEGO Group rustled those polybags up from is less certain, but if it has a secret stash of older LEGO Star Wars polybags lying around, perhaps there’s hope that it might make them available beyond the confines of a convention – through the VIP Rewards Centre, for instance, or simply as regular gifts-with-purchase at LEGO.com.p

That’s maybe wishful thinking on our part, but come on – who wouldn’t love the opportunity to get their hands on Darth Revan or Admiral Yularen without resorting to eBay?