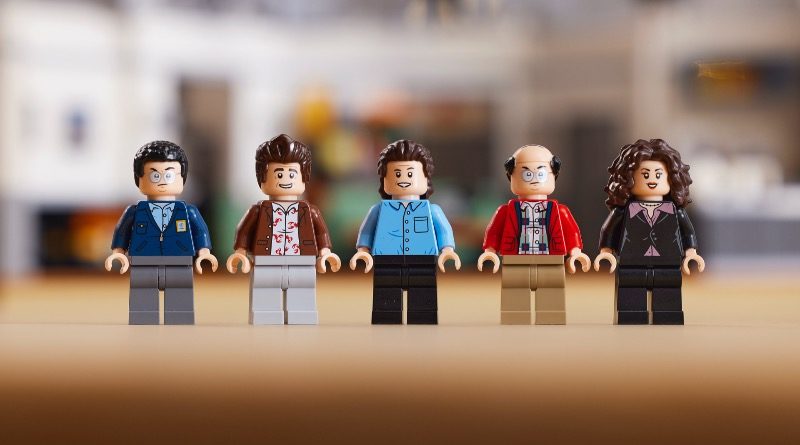 The team at LEGO Ideas is celebrating the wide release of 21328 Seinfeld by asking you to recreate the show’s cast of characters in whatever way you choose.

LEGO 21328 Seinfeld is now available, following a brief period of early access for VIP members, and to commemorate the moment the latest LEGO Ideas activity has been themed, once again, to a classic sitcom show.

From Jerry Seinfeld to George Costanza and even Newman, any of the show’s characters are ready to be rebuilt with bricks for this new LEGO Ideas activity. Even characters from the wide cast who have unfortunately been left out of the official set are options for your latest creation.

Whether you decide to make a BrickHeadz for the minifigures of 21328 Seinfeld, or busts in the style of the LEGO Helmet Collection for characters that you’d like to see in pieces next.

As usual, entrants are asked to avoid using any IP (other than Seinfeld) in their builds if they would like them to be potentially shared on the LEGO Group’s official social channels. You can find out more about the specifics on the activity page.

You’ve got until August 10 to get your entry for this activity together, with the understanding that as always these regular events have no prize and exist purely to practice and showcase your building skills with like-minded creators.